It’s only in recent years that we, in the Philippines, have begun to appreciate the benefits of a middleweight adventure motorcycle with bonafide off-road capabilities. As it would turn out, gargantuan liter-class adventure bikes tend to be more difficult to pilot in rough terrain, thanks to their extensive power and heavyweight construction, as opposed to smaller machines with more tractable performance. Perhaps, the best hallmark of this ethos can be found in the Kawasaki KLR650.

Loved by many, the Kawasaki KLR650 was considered as an indestructible motorcycle. Combining simple engineering with an engine that could quite literally run forever, the KLR650 became a favorite among motorcycle enthusiasts in the US—both on and off-road. For one thing, it was extremely cheap to buy, with second hand units fetching less than $2,000 (P100,000). An extensive aftermarket and spare parts market was also built around this bike’s platform. That said, stricter emissions standards across the world inadvertently caused Kawasaki to gear its efforts towards other bikes, thus dropping the KLR650 from its lineup 2 years ago. 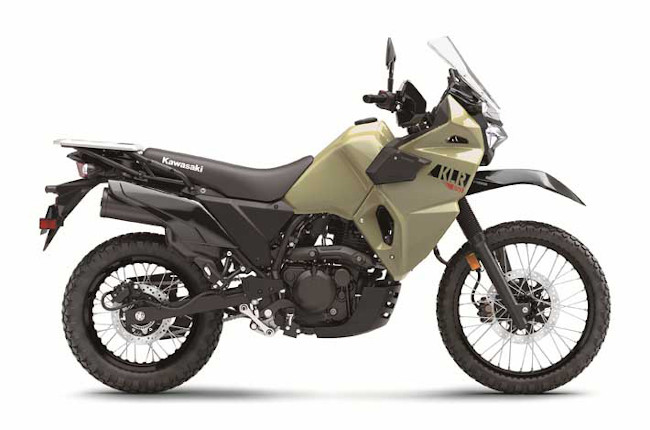 At last, Kawasaki has heard the cries of its followers, and has revived the KLR650 in the US market. On the outside, the bike looks nearly identical to the old bike. Unlike other models, which showcase sophisticated tech, the KLR650’s charm lies in its simplicity. That said, Kawasaki had to tweak the bike to account for modern emission and safety standards. That said, it now comes with a 652cc DOHC, single-cylinder engine with a revised exhaust system. This revision has made the engine compliant with various global emissions standards. Does that mean we could soon see this bike in other markets?

Apart from the engine, the new KLR650 also comes with a revised swingarm. Boasting an additional 3.05 cm in length, the new swingarm affords the bike a tad more stability and confidence when riding off-road. In the US market, the Kawasaki KLR650 has been priced at just $6,999, or the equivalent of P220,000—extreme value for money for a bike of this size and spec. We’re more than certain that quite a lot of Pinoy motorcycle enthusiasts would love to see the KLR650 on Philippine soil. We certainly hope Kawasaki considers importing this bike to the Philippines.