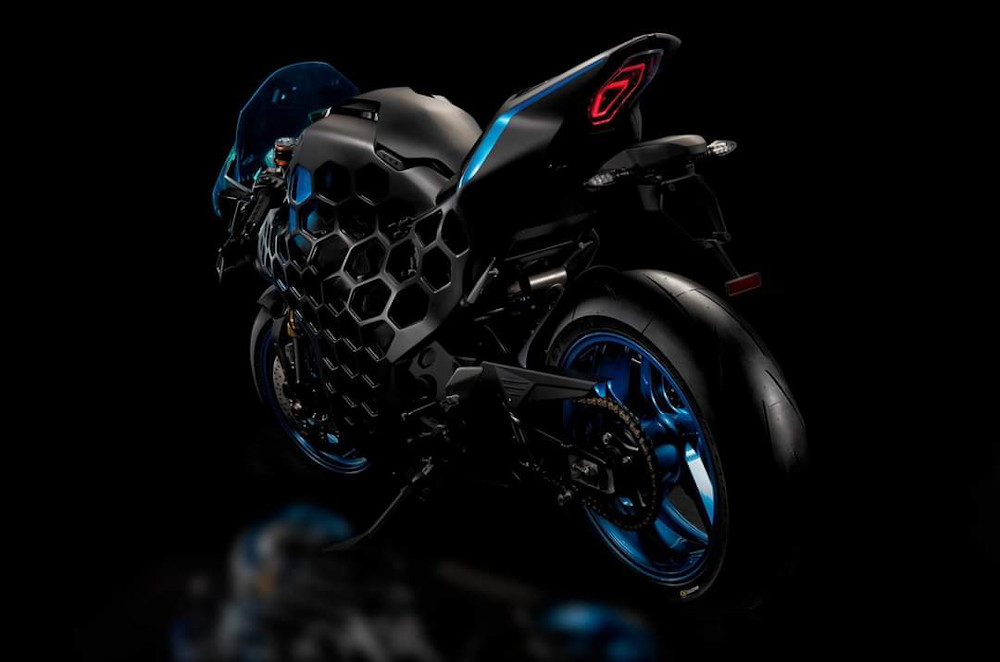 When Kymco, a Taiwanese motorcycle manufacturer best known for its scooters, unveiled the SuperNEX concept at EICMA in 2018, it made clear that it intended to pursue the performance-focused electric motorcycle market. Approximately four years later, the SuperNEX is still not in production. In fact, the project had been quiet for a while, and there were dwindling expectations that the bike would ever become a reality. Fortunately, Kymco showed off some design revisions for the SuperNEX concept at EICMA 2022—but keep in mind, it's still only a concept.

While everyone waits impatiently for the debut of the SuperNEX in production form, Kymco keeps teasing us with the bike's intriguing specifications. The SuperNEX has a six-speed transmission, just like a gasoline-powered motorcycle, which is arguably its most unique feature. Even a synthetic engine sound is fed in through speakers to try to replicate the experience of riding a regular motorcycle. In fact, these features—the manual transmission and engine sound—are more for the purpose of making the ride more "exciting" than for performance improvement.

Can we expect electric motorcycles to become mainstream in the Philippines anytime soon? The SuperNEX is as contemporary-futuristic as it gets in terms of style. This unusual honeycomb pattern on the bike on show at EICMA is one of the most head-turning aspects of the bike. With a black fairing and blue accents, the bike has an extraterrestrial insect-like appearance. It is ergonomically similar to the majority of other supersports, with aggressive, rear-set foot pegs and low, clip-on bars. A full-color TFT screen and LED lights are standard on the SuperNEX.

Performance-wise, the sportbike can accelerate from 0 to 100 kilometers per hour in just 2.9 seconds thanks to a cutting-edge electric motor. 250 kilometers per hour is the bike's stated max speed. A complete electronics package known as FEP, or Full Engagement Performance, works in tandem with the powerful electric motor. Wheelie control, traction control, and ABS with cornering functionality are some of the features included in this suite. In addition to the multi-frequency acoustic generator that mimics the sound of traditional internal combustion engines, the bike has four riding modes.

Sadly, despite all of the SuperNEX upgrades, Kymco has yet to reveal whether or when this bike will go into production. The bike appears to be almost ready for debut on paper. The Kymco SuperNEX should hit the road as soon as possible, but as is the case with most new electric two-wheelers, real-world performance can occasionally defy what the spec sheet offers