It was announced in April 2022 that Chinese motorbike company CFMOTO was developing an electric version of their Papio mini-bike, which competes with the Honda Grom. In that it's a sporty mini-naked bike made with fun and simple handling in mind, the Papio in ICE form is similar to other mini-bikes such as the Honda Grom and Kawasaki Z125 Pro, both of which are sold in the global market.

Due to the recent surge of new electric two-wheelers, particularly those produced by Chinese manufacturers, CFMOTO has chosen to unveil the Papio Nova, the electric Papio's production-ready version, during EICMA 2022. Not much has changed from the prototype model that surfaced earlier in 2022. The Papio Nova also has a similar appearance to the conventional 125cc Papio, maintaining its tiny dimensions and sporty, edgy bodywork. 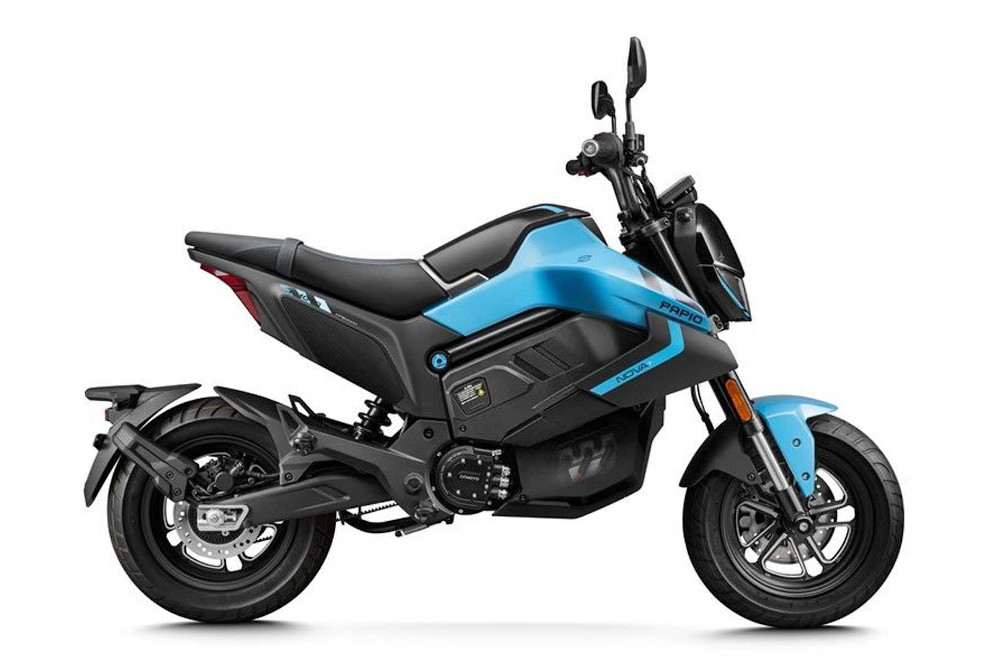 The launch of the Papio Nova electric naked bike is opportune because CFMOTO has been expanding its line of electric two-wheelers with the introduction of the Zeeho electric scooter, a model that appears to compete with the expanding market for electric scooters in Asia and Europe. The Papio Nova, an electric motorbike with a 125cc equivalent, competes with models like the new Tromox Ukko AT.

The Papio Nova is propelled by a centrally placed electric motor with a maximum output of 22 kilowatts, or around 30 horsepower. This is obviously far more powerful than a Grom, much alone the standard Papio 125, so anticipate quite a bit of acceleration from this electric two-wheeler. The maximum speed is limited to 112 kilometers per hour, and it takes just 2.3 seconds to accelerate from 0 to 50 kilometers per hour.

The 4.4 kilowatt-hour battery pack inside the Papio Nova, according to CFMOTO, can provide a range of up to 150 kilometers on a single charge. The Papio Nova appears to be one of the most competent compact electric motorcycles available given these power and range numbers. If you don't mind its mini-bike size, it'll make for a fun and useful city machine. Now, CFMOTO has not yet disclosed the Papio Nova's price, so we will be awaiting this news with much excitement.