Vespa Philippines has given us a chance to take a first look at its new ‘Racing Sixties’ edition of its GTS 300 and Sprint 150 scooters featuring brand new liveries and color options offered. The Racing Sixties edition Vespas offer elegant sport styling inspired by the racing world’s most classic and evocative aesthetics to ever grace a scooter. They hark back to an era in its history when it showcased elegance in sports racing. Its brand new look sheds most of its classic chrome plating from its bodywork to give way to matte black finishes making it stand out with its more elegant sportiness conjuring up memories of legendary circuits such as the Monaco or Monza Grand Prix race tracks where they all furiously battled in races. The GTS 300 and the Sprint 150 Racing Sixties edition are offered in new color options of Geen Bosco (green and yellow) and White Innocenza (white and red). They also offer a whole new line up of helmets, clothing, and accessories to pair with the Racing Sixties edition Vespa scooters. The Vespa GTS 300 Racing Sixties edition is powered by the same 278 cc Piaggio HPE 4-stroke single-cylinder engine that's capable of churning out 23.5 hp at 8,250 RPM and 26 Nm of torque at 5,250 RPM mated to a CVT transmission with torque server. It comes standard with two-channel ABS with ASR (traction control). 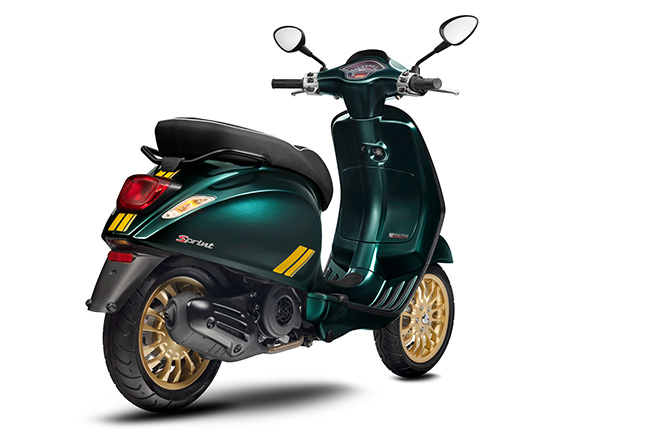 Meanwhile, the Sprint 150 Racing Sixties edition has the same 154.8 cc i-Get 4-stroke single-cylinder capable of churning out 13 hp at 7,750 RPM and 12.8 Nm of torque at 6,500 RPM mated to a CVT with torque server. Stopping duties are provided by a disc brake up front with ABS, and a drum brake assembly for the rear. 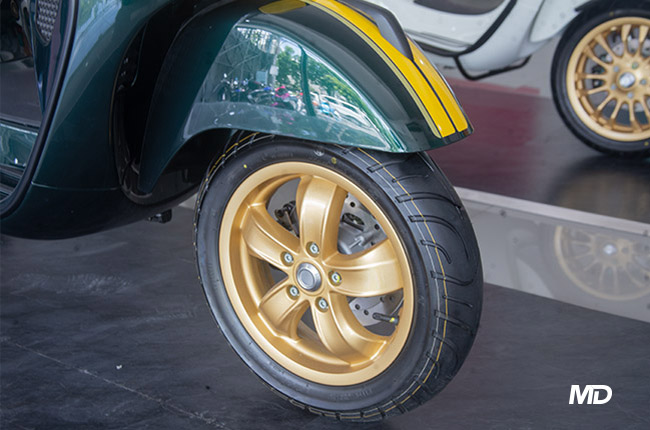 Vespa Philippines are more than excited about the country’s heightened interest in two-wheel mobility due to the pandemic limiting mass mobility, and it hopes that the new additions to the lineup will get more interest for the classic Italian brand.

The scooter business is shooting up and it's the first time that we're seeing the new Green and Yellow color option in its lineup. There's never been a better time to own a Vespa than now as its prices are now more affordable than ever, and we offer the lowest interest rates in the industry for our installment plans.
Bimbo Fontanilla
General Manager, Vespa Philippines Last Saturday, on July 25, 2020 at 4 pm, Vespa did an official digital launch of its Racing Sixties edition scooters which we could all still catch in the comforts of our own home through the official Facebook page of Vespa Philippines.