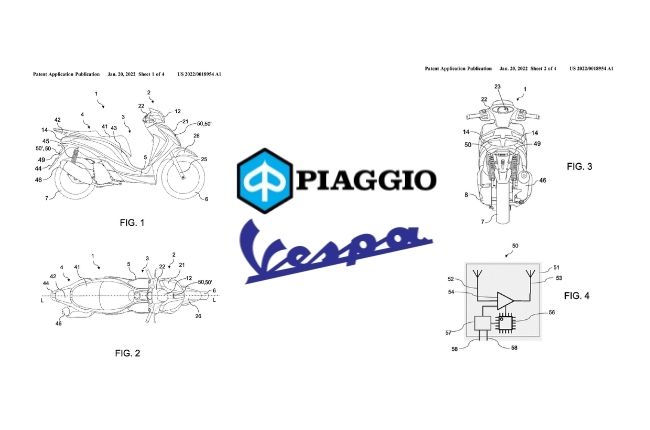 We are slowly moving closer to a world where self-driving cars are the norm. More and more new vehicles today are coming out of showrooms equipped with advanced driver assistance systems (ADAS) that make life easier for whoever's behind the wheel.

Eventually, the driver itself will be out of the equation, and only artificial intelligence (AI) will be left to manage our daily driving routines. While that could be some years away, one company is already working on technology to protect motorcyclists from autonomous vehicles. After all, bikes likely won't gain the same benefit from AI as cars will.

Piaggio, the Italian company behind Vespa, is reportedly developing low-cost active radar reflectors to make riders more visible to ADAS. Why radar? The detection system is one of the methods AIs use to help cars navigate by themselves. It enables features like adaptive cruise control, automatic emergency braking, blind-spot monitoring, and more. Now, imagine cruising on your Vespa Primavera surrounded by a bunch of ADAS-equipped cars. You might think it would make the road generally safer, but that might not be completely true at the moment. In 2016, Dynamic Research Inc. came out with a study that showed ADAS in cars failed to recognize motorcycles in up to 40 percent of its tests.

The miniaturized technology includes a receiving antenna, a transmitting antenna, an amplifier, and a control chip. These components could easily fit somewhere the rider will never see it. Piaggio suggests putting one in the headlight and another in the taillight. That way, the rider gets 360-degrees of protection.

How it works is it receives the radar signal from a vehicle, amplifies it, then transmits it back to the sender as a unique signal. Piaggio has also claimed that the tech could include other details on the transmitted signal, including the motorcycle's speed, the direction of travel, acceleration, and braking.

That sounds like an ingenious solution, and the best part is it may not even cost that much to produce due to its relatively basic components. So, as we get closer to a driverless future, it's highly likely we see Vespas equipped with this radar safeguard. Ultimately, if it makes riders safer on the road, we're all for it.