Under the guise of doing a promotional video, Triumph’s latest high-performance muscle roadster, the Rocket 3, was put against a McLaren 720s supercar in the straight of the Cartagena track in Spain last October. The two machines went on a drag race with the McLaren hitting the 100 km/h mark in 2.9 seconds. The Triumph Rocket hit the 100 km/h mark in 2.73 seconds. You could already conclude who crossed the finish line first. The Triumph Rocket 3 has a class-defining 2,458 cc inline-three, water-cooled DOHC engine, the largest production engine ever to be placed on a motorcycle. That’s 656 cc’s more than BMW’s latest “Big Boxer”, the R18. It’s capable of churning out 165 hp and a whopping 220 Nm of torque. Its impressive acceleration, smooth throttle response and well-polished handling are credited to the bike’s advanced ride-by-wire technology. 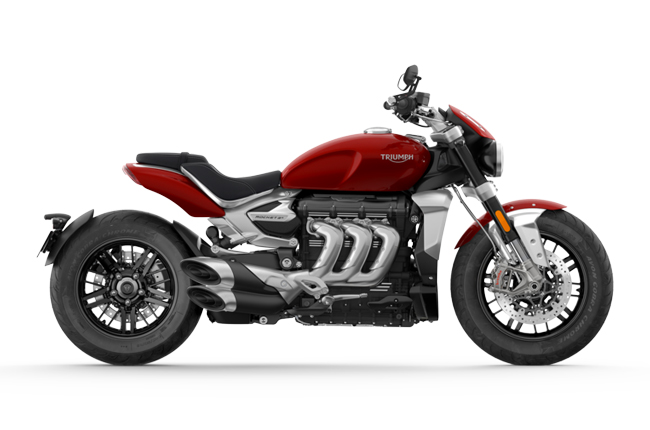 As the Triumph Rocket can be considered as a muscle roadster motorcycle, you would doubt it’s cornering abilities just due to its sheer size alone. However, the Triumph Rocket was tested around the rest of the Cartagena track to push its limits. Its rider claimed that it handled more like a Speed Triple rather than a muscle roadster. It attacked corners with more ease than expected and its acceleration would match an F1 car.

Triumph Philippines is now accepting reservations for the Rocket 3 for its two variants. The Rocket 3 R is priced at P1,590,000 and comes either in Korisi Red and Phantom Black. The top-spec Rocket 3 GT is priced at P1,650,000 and comes in Silver Ice/Storm Grey and Phantom Black. The real news is, the bikes are already on our shores but currently stuck in the port. Rest assured that they will be released as soon as everyone goes back to work.