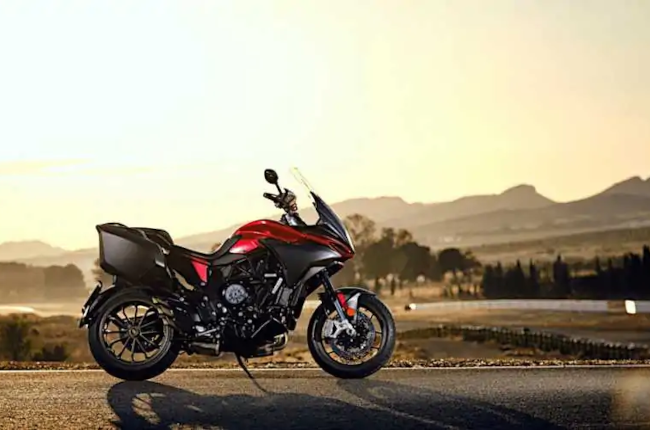 It appears that MV Agusta can get its hands dirty. The brand stated earlier in the year that it will be launching a couple of new motorcycles going into 2022. However, it did not mention what segment or what nameplates in particular will get an update.

Sources suggest and indicate that a test mule has been spotted out in the wild in Europe. The bike in question looks like a more adventurous Turismo Veloce in shape, but not in terms of its technicals. Unfortunately, the sources have also reported that they are not able to share photos, but were keen to share what they know so far.

Visordown suggests that the model has an all-new chassis, and isn’t a parts-bin special of the Turismo Veloce 800. More for sport-touring, it seems that MV wants to make something dedicated to the adventure-nuts in the motorcycling community, and will field a bespoke platform. The only thing that will be lifted from the Turismo Veloce could be the 800cc inline-three engine, plus the six-speed gearbox. It’s quite possible that MV’s SCS clutch could make an appearance as well.

Apart from that, sources also suggest that the model could come with 21-inch wheels and perhaps a 19-inch wheel at the rear. The adventure bike was also spotted with a substantial skid plate that spans the entire underside of the bike.

Expect this bike to make an appearance in EICMA 2021. We’re not too sure about the name of this new motorcycle, except for the fact that it’ll probably have Turismo somewhere in the name. Could it be called the Turismo Avventura? Only time will tell, but it is great to see that MV isn’t afraid to get its hands dirty with a piece of motorcycle art. We’re also speculating that it will be priced over the Turismo Veloce 800 because of all the additions and the fact that it is a new platform.