Royal Enfield initially entered the flat track racing scene in the U.S.A. in the Single-cylinder class with modified Himalayans up to spec for Flat Track use. Soon after, they intended to enter the twin-cylinder class with a modified Interceptor. In March, 2020, the American Flat Track (AFT) series announced that the season would be postponed over health and safety concerns brought about by the global pandemic. Yet, last Friday, September 11, 2020, the race season officially resumed and Royal Enfield took its first-ever AFT start with pro racer Johnny Lewis. 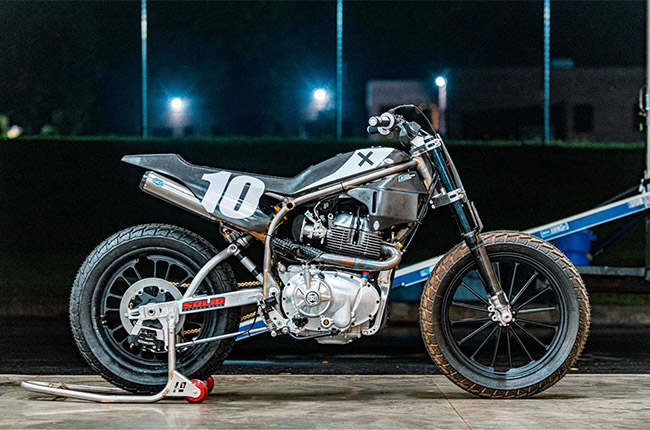 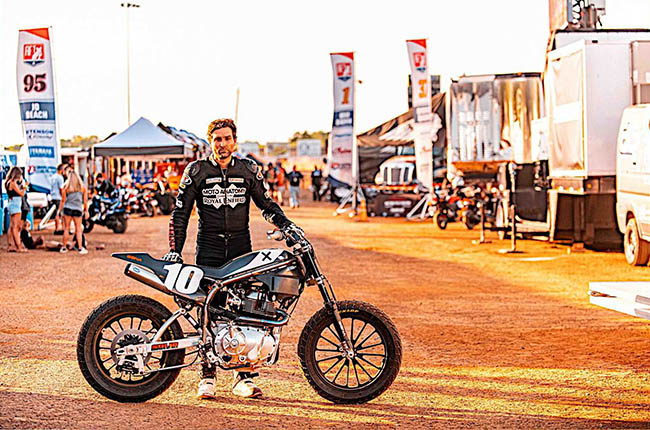 Moto Anatomy is a premier flat-track academy and race team owned and managed by Johnny Lewis. The race team then collaborated with Royal Enfield together with Harris Performance, and S&S Cycle to build a performance spec flat track racer based on the Royal Enfield Interceptor 650. Taking Royal Enfield’s most powerful engine ever built, the partnership between the companies continued to work hard to get the bike up to speed and in good racing shape during the postponement of the season. 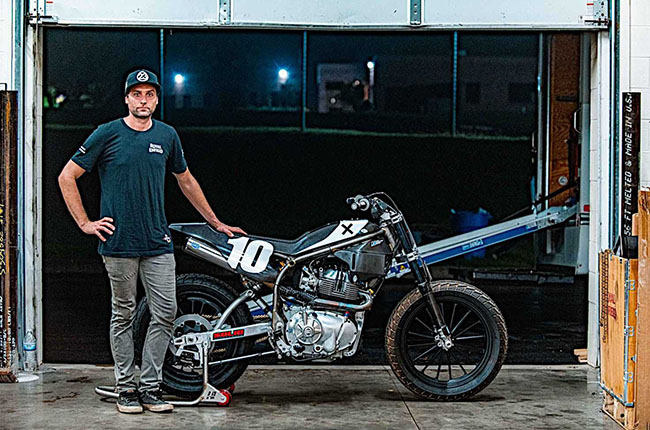 Before race day, the bike finally arrived in the U.S.A. three days before the event. The bike arrived in Moto Anatomy completely dismantled. Johnny Lewis only had three full days to put the bike together which they managed to successfully do. However, the team no longer had enough time for actual track testing and Lewis just jumped right on the bike and straight to the official practice session on Friday. After that, Lewis drove straight to the race track and managed to take third place in the semi-finals. The team eventually finished sixth place overall in the main event. 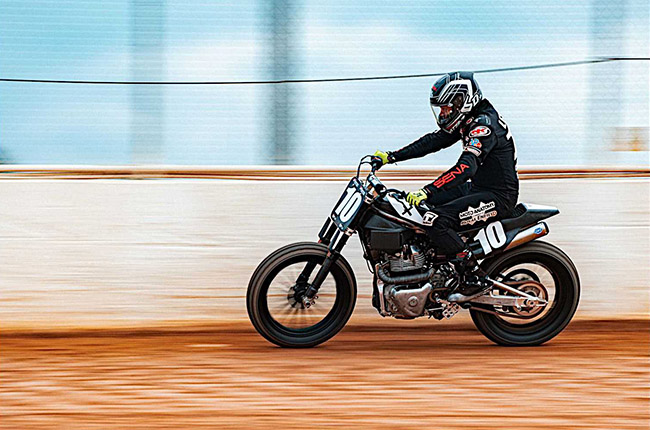 While we were all hoping for a dominating win coming from a bike that was built straight out of the box, it was still a pretty impressive performance with all things considered. The next race weekend is scheduled on September 25 and 26 at the Dallas Half-Mile in Mesquite, Texas. Royal Enfield and Moto Anatomy still have enough time to make the necessary tweaks and adjustments to improve the bike’s performance come race day.

Royal Enfield’s participation in flat track racing could pave the way for better performance machines that we could perhaps enjoy in its next generation of motorcycles. Perhaps, we could see a street-legal flat-track inspired Interceptor 650 variant added to their model range in the near future? Nothing can stop us from being more hopeful.