Since Royal Enfield launched its new 650 twin motorcycles, the Continental GT 650 and Interceptor 650 in 2018, the company has owed so much of its success to these two motorcycles. They were able to sell more than 20,000 units of the 650 twins within India alone. To add to that, in March, when most motorcycle manufacturers suffered a sales slump brought about by the COVID-19 global pandemic, Royal Enfield’s 650 twins still saw a 25% increase in sales for the month of March 2020 compared to the same period of last year. Now, reports are surfacing that the India-based British marque is working on a 650 cc twin-cylinder scrambler to join its range of new motorcycles in 2021. 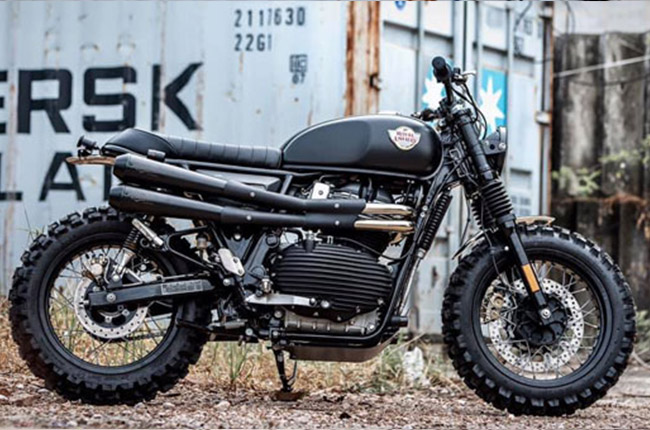 Though no official announcement has been made yet by Royal Enfield, this prediction seems to be very plausible considering how actively Royal Enfield has always actively engaged the custom scene by even going as far as commissioning some custom works to builders such as Zeus Customs, Rough Crafts and Old Empire Customs. Thus a new scrambler platform from their same parallel-twin powerplant will be a welcome addition to their current line up. When they do, we can expect the new scrambler to be BS6 compliant and will likely get an updated suspension setup, all LED lighting, single-side high-mounted two-into-one exhaust systems, knobby tires, and short mudguards to stay true to scrambler style motorcycles which custom builders have already worked around their current lineup of twins. Following the same powerplant, it will still produce around 47 hp and 52 Nm of torque.

The new scrambler is expected to be part of a three-pronged new bike launch scheduled to take place sometime next year and will reveal two more unidentified Royal Enfield motorcycles. Seeing how much success the Philippine market has brought to the Royal Enfield brand, we’re pretty sure they’ll sell like hotcakes in the country, and we’re more than excited to watch out for it.