As its popularity grows throughout Asia and several European nations, the Chinese motorbike maker QJ Motor has established a reputation for itself. The company, like other Chinese brands, approaches the market from a budget-focused perspective, providing comparable performance to its major rivals at a far lower price.

In the end, QJ Motor's endeavors resulted in the success of Benelli bikes, which continue to sell successfully on the international market. Due to its sizeable production facilities in China and established quality standards, QJ Motor has formed collaborations with some of the top companies in the industry. As some of you are aware, QJ Motor has been collaborating with MV Agusta for a while and is a significant contributor to the Lucky Explorer adventure bike line produced by the Italian brand. 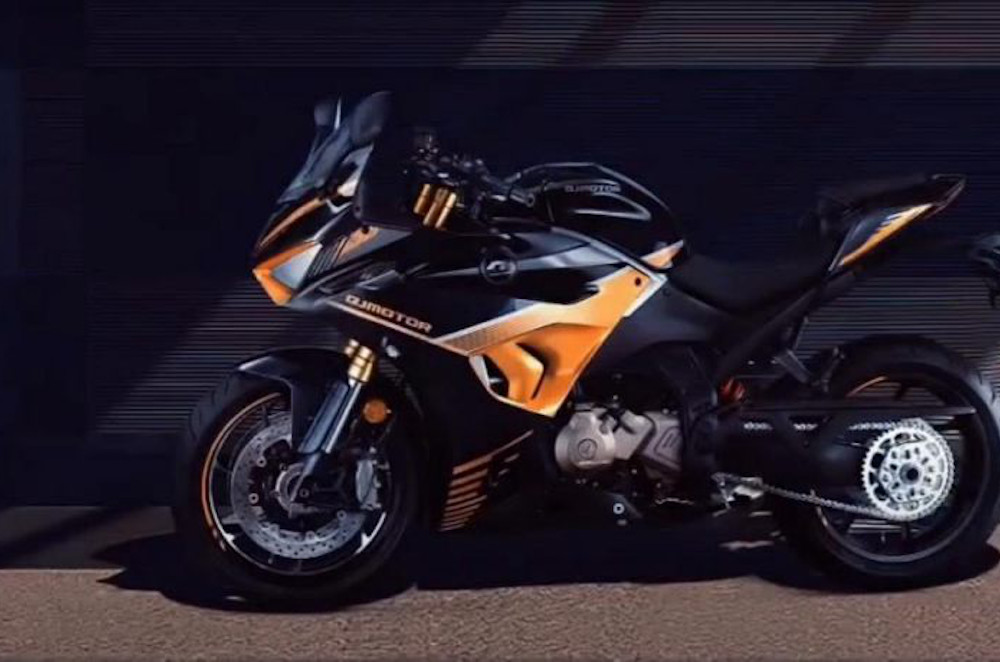 The GS550, a new model that the Chinese manufacturer has just introduced in its home country of China, is a decent indication, at least in terms of performance, of what the future MV Agusta Lucky Explorer 5.5 has in store for us. The GS550, in contrast to the Lucky Explorer, is a sportbike, and a quite attractive one at that. Let's first discuss the GS550's aesthetics before getting into the specifics of its performance.

It's good to see that the GS550 receives some high-end touches that truly set it apart from other bikes in its class despite being a relatively modest, beginner-oriented model. It sports a sporty fairing with winglets that is first off elegant and stylish. With a single-sided swingarm, QJ Motor ups the ante in luxurious finishing touches, further enhancing the sporty, race-inspired appearance of the GS550. Aside from its attractive appearance, the GS550 also has some high-end hardware. Both the bike's suspension and braking systems are provided by KYB and Brembo, respectively.

Now for the exciting parts. Performance-wise, the 554cc parallel-twin engine in the QJ Motor GS550 produces a respectable 57.2 horsepower and 37.8 ft-lbs of torque. It likely has two overhead cams and liquid cooling. With these specifications, QJ Motor asserts a top speed of 180 kilometers per hour. A number of technological amenities, like keyless ignition, a full-color TFT display, and smartphone connectivity, go along with these solid performance numbers.