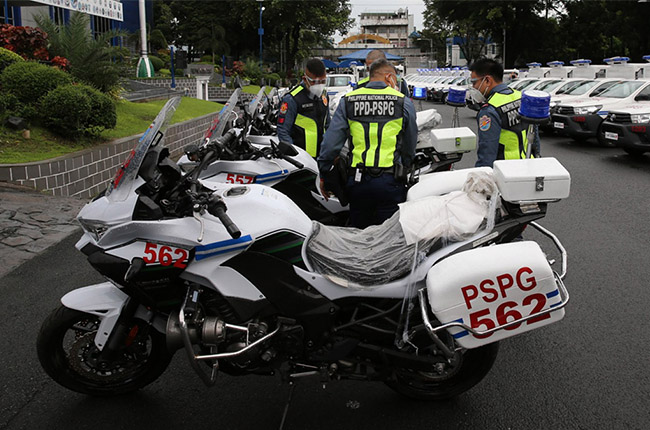 On October 26, the Philippine National Police was presented a total of 90 brand-new Kawasaki Versys 1000 bikes in its flag-raising ceremonies in Camp Crame. The new motorcycles will now form part of its new hardware as they patrol our streets and highways to augment the organization’s capability of performing its anti-crime operations. The Versys 1000 is a capable adventure tourer produced by Kawasaki that has proven to be a favorite of touring enthusiasts who like to get out of the city on the weekends, and into the countryside. With an upright riding suspension, long suspension travel, and more than a capable engine, it can provide hours of long-distance journeys to the rider with ease and comfort. Powered by a 1,043 cc inline 4-cylinder engine that produces 118 hp and 102 Nm of torque and tips the scales at 253 kg. As such, it’s something you’d want to have on the open road, rather than being caught up in traffic. 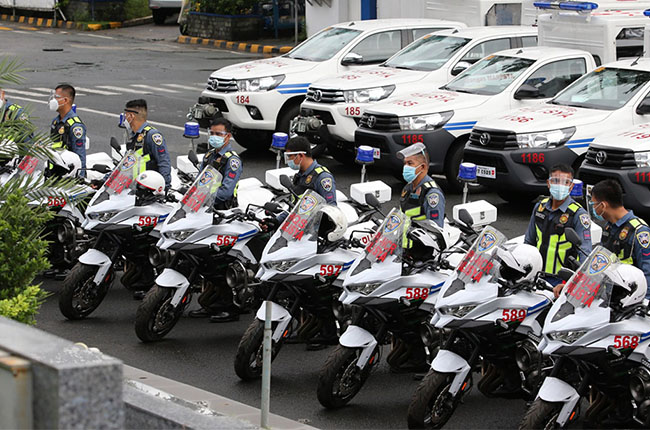 Historically, it’s been a while since the PNP procured a liter-bike to augment its fleet of patrolmen. In 2018, it purchased 310 units of the Kawasaki Versys 650 midsize adventure bikes. Middleweight adventure motorcycles would be much easier to use when it comes to traversing traffic especially along EDSA and other major thoroughfares. PNP chief General Camilo Cascolan made a statement saying that the new fleet of Versys 1000 is part of the 2019 acquisition for the PNP Capability Enhancement Program worth P569,000,000.

The main recipient of the newly-purchased bikes will be the PNP-Highway Patrol Group. They have already commenced training on Tactical Motorcycle Riding as well as organizing Motorized Anti-Street Crime Operating Teams. Kawasaki has priced the Versys 1000 at P700,000 per unit, and the PNP has been eyeing this adventure motorcycle for more than a year now.