In September 2019, Pierer Mobility Group, parent company of the likes of KTM and Husqvarna, purchased GasGas, a Spanish off-road motorcycle manufacturer. Since the acquisition, however, the brand has remained focused on competition-spec trials and dirt bikes. In recent times, Pierre’s acquisition of a Moto3 factory racing team, a flat track construct, and a Dakar-winning rally squad have propelled the GasGas brand into racing fame.

However, it appears that the only thing missing from GasGas' lineup are street-legal options. Well, this is all about to change. With the SM 700 supermoto and ES 700 dual-sport, the company is now taking it to the streets. The U.S. Department of Transportation has received KTM's vehicle identification numbers for the 2022 and 2023 models. The broad list included codenames "GG ES 700" and "GG SM 700," with "GG" signifying GasGas models, in addition to Husqvarna (HQV) and KTM variants. 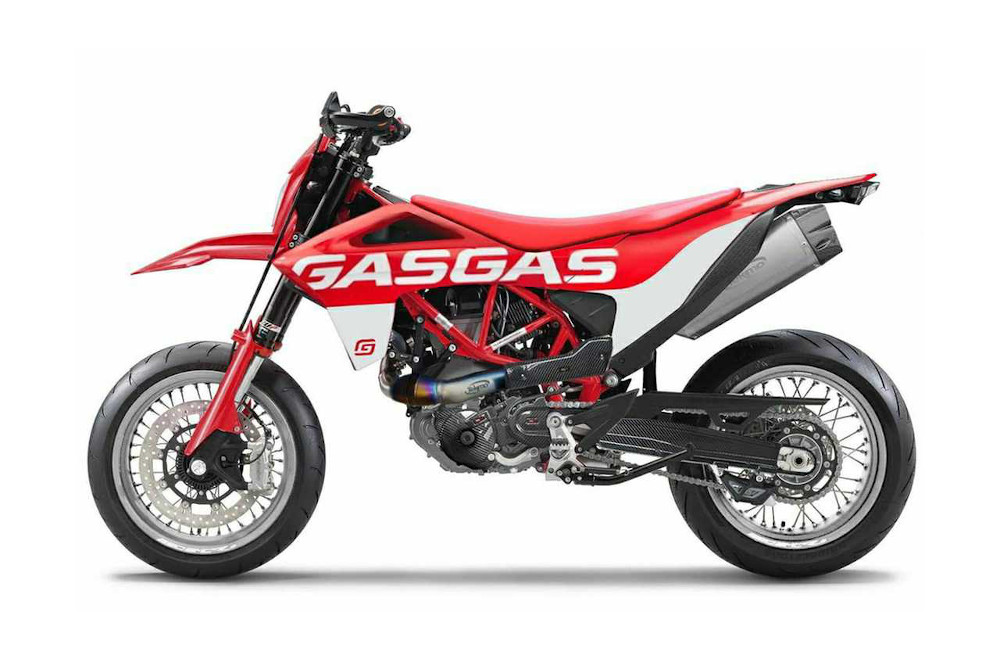 KTM's successful 690 SMC R and 690 Enduro R models will serve as the foundation for the new 700 platform. This isn't the first time the Pierer Group has used the KTM brand to create a spinoff. Husqvarna's 701 Enduro and 701 Supermoto models are based on the famous 690 series. While there are little specifics about the new GasGas models, it's safe to assume that the Spanish subsidiary will use identical specs to the KTM iterations while tweaking the bodywork and other components to fit the iconic GasGas design.

The KTM 690 and Husqvarna 701 are powered by KTM's tried-and-true 693cc single-cylinder engine, which produces 74 horsepower. The supermoto and enduro trims share a steel trellis frame and a rear-mounted fuel tank, but are distinguished by differing WP suspension setups, wheels, and braking systems. Despite the fact that the design is drastically different from the KTM and Husqvarna models, the spec sheets are practically identical, so it’ll really boil down to your styling preferences when it comes to choosing a supermoto or enduro from Pierer Mobility’s lineup.