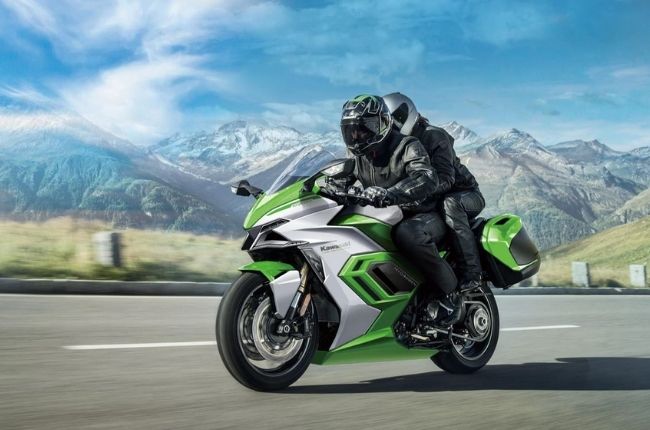 Out of all the Japanese motorcycle manufacturers, Kawasaki seems to have left the biggest impression in the recently concluded EICMA 2021. For those not in the know, EICMA serves as one of the world’s biggest motorcycle conventions, wherein OEMs and aftermarket manufacturers showcase their latest and greatest products for the upcoming model year. Needless to say, Kawasaki has dropped quite a bombshell.

For the 2022 model-year, we can expect to see a variety of new models ranging from bikes like the Versys 650, all the way to range-topping models like the new H2 SX, and the neo-retro Z650 RS. On top of all the hype surrounding Team Green, the company has also announced that it’s, well, going green. Kawasaki knows that electric is the key to the future, and so it has announced that in 2022, we will see at least three electric/hybrid models. This comes after Kawasaki announced that it would convert its major models in Japan, Europe, and the US to strictly electric or hybrid powertrains by 2035. Now, 2035 is still thirteen years away, but Kawasaki wants to get ahead of the curve and beat the competition this early on. Not known to shy away from innovation, we can surely expect to see some middleweight bikes in familiar platforms sport electric or hybrid powertrains next year. Perhaps a hybrid or electric version of the Ninja or Z naked sportbike would fit nicely into Kawasaki’s model range. Who knows, we may even see ultra high-performance motorcycles similar to that of the H2 range sporting a hybrid powertrain.

Although hybrid and electric are undoubtedly the future of mobility, we can’t deny the fact that the good old internal combustion engine is still well and alive. Having said that, Kawasaki has also announced that it will continue developing its direct-injection engines, with future integration into hydrogen engines the ultimate goal for this powerplant.