Japan’s big four, Honda, Yamaha, Kawasaki, and Suzuki, have always been in fierce competition with each other, and its rivalry transcends more than just the race track, it goes with all the motorcycles they release to the industry. However, when it comes to bringing a greener solution for the future’s mobility, they decided to set aside their differences and work together collectively towards a common goal.

The four major motorcycle brands have banded together to form a consortium in developing a standardized set of specifications for electric motorcycle components. The idea behind the consortium is to produce interchangeable parts like batteries and chargers that would eventually encourage consumers to shift into electric mobility. While the consortium between the big four was already formed about a year ago, little to no news has been heard about its progress — until now. The group has just announced that they’re beginning to do a trial run of their new electric bikes equipped with swappable batteries in cooperation with Osaka University. Dubbed the ‘e-Yan Osaka’ trial, the project would then loan students and staff of the University several electric bikes that would be used within the campus. At the same time, battery-swap stations will be set up and positioned all around the University’s campuses and at local convenience stores. This experiment of theirs will able to ascertain the feasibility of equipping e-scooters with the use of larger, heavier long-range batteries or smaller, portable short-range batteries. 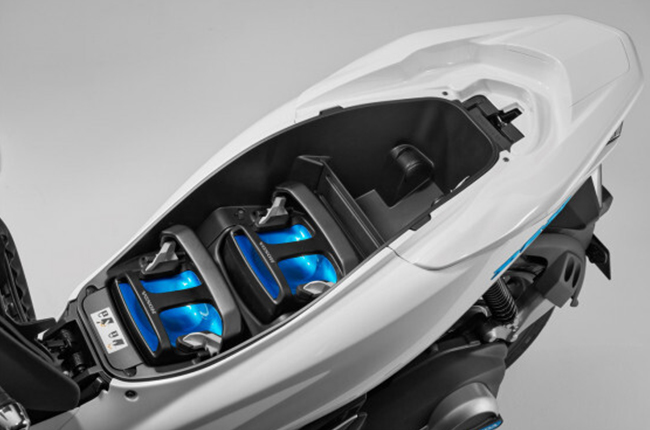 The test is expected to run for about a year to study the market and take note of any potential pitfalls with the motorcycles being used, its batteries, and the battery-swapping system itself. This would also help the consortium in determining the ideal size of the batteries once a production version is manufactured. Analysis of the concerns of the batteries range, charge time, and being able to find recharging points will be brought forward and addressed. Noriaki Abe, Managing Executive Officer of Honda is excited about the whole experiment but at the same time, recognizes the concerns that may arise once they decide to go into full production.

As a result of repeated collaboration studies among four domestic motorcycle companies, we were able to collaborate with e-Yan OSAKA to verify the common specifications of replaceable batteries. We are aware that there are still issues to be solved in the spread of electric motorcycles, and we will continue to work on improving the usage environment of our customers in areas where each company can cooperate.
Noriaki Abe
Managing Executive Officer and Head of Motorcycle Business Operations, Honda

Among the big four, Honda is the only brand that has managed to develop its own electric model with a swappable battery while Yamaha and Suzuki have collaborated with Gogoro in developing their own electric scooter. Kawasaki, on the other hand, still has its electric models under its early development stages. Nevertheless, it wouldn’t come as no surprise as the big four brands cooperate to standardize a swappable battery and swapping stations. In the near future, replacing your electric scooter’s batteries might be even easier than filling up your tank in a gas station.