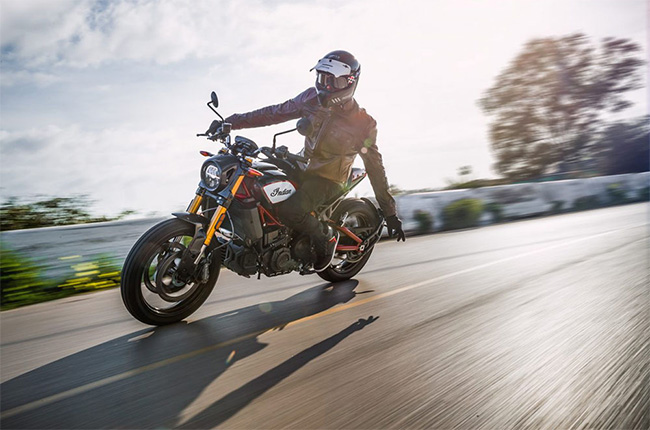 Indian Motorcycles have just filed for new trademark registrations for two names, the Indian Guardian and the Indian Pursuit with both the US Patent and Trademark Office (USPTO) and the Australian Intellectual Property Office. While this could suggest two new potential bikes in the near future, other news sites suggest that the names would likely be used more for law enforcement vehicles, rather than for new commercial models.

Over the past year, Indian Motorcycles have been relatively quiet with new trademark applications. New names were added such as Raven, Renegade, and Challenger but it was only the name Challenger that found its way to its new lineup. With the addition of these two new trademarks, the possibility of both of them bringing new motorcycles for commercial sale is highly unlikely. As the names suggest, they both sound that they could be used for a motorcycle built for highway patrol and police officers. Pursuit and Guardian soundlike vehicle enforcement names after all. These sorts of trademark applications aren’t really unprecedented. For instance, Ford owns registered trademarks for the names Responder and Interceptor, names both used their patrol cars specifically made for law enforcement. As for police motorcycles, the usual practice is for them to still use the same commercial name of the motorcycles that they use with the affixation of a letter ‘P’ at the end of the model name to signify its use for law enforcement.

Trademark applications usually do not reveal too much information about the names applied for. For Indian’s trademark registration, it simply stated that the names are to be used on “Motorcycles and structural parts thereof.”, without giving us any clue as to which line of the Indian motorcycle lineup will the names be used for. In any case, Indian’s filing for a trademark application for the names Guardian and Pursuit basically gave them “first dibs” over those names regardless of whether they actually use them or not. Others also speculate that the new trademarks would likely be used for their Indian Challenger bagger model to be repurposed more for reinforcement which makes more sense rather than using the FTR1200 or Scout. After all, other motorcycle manufacturers including Honda, BMW, and Harley-Davidson have also been providing motorcycles meant for the police force all over the world. Indian’s parent company Polaris also has a division that offers specially-prepared UTVs and 6x6 vehicles for the military and law enforcement. With all this in mind, there really is no reason for Indian to follow its own footsteps.