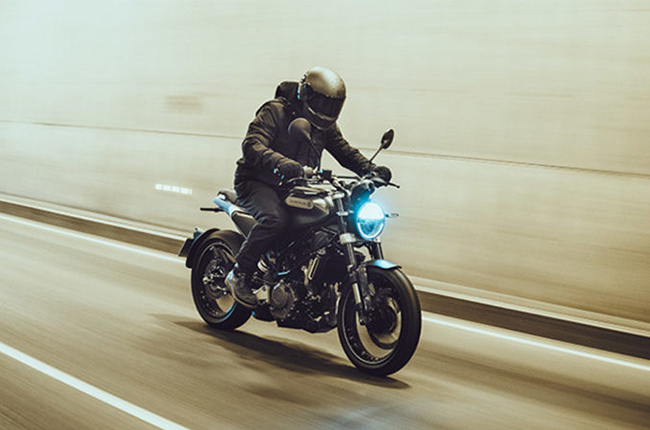 The Swedish motorcycle manufacturer, Husqvarna introduced earlier this year two new motorcycles with a 250 cc single-cylinder powertrain in the form of the Svartpilen 250 and the Vitpilen 250. The two new smaller-capacity naked bikes were made for the Indian market with its commuters having a knack for lightweight single-cylinder motorcycles. Recently, a prototype of the Svartpilen 200 has been spotted outside of Bajaj’s Chakan plant by other online publications. They suggest that the new bike could be launched as soon as the first few months of 2021.

Husqvarna to be launched by KTM Philippines in November. In the global market, the Husqvarna motorcycle range hosts a different set of engine-capacity naked bikes carrying the Svartpilen and Vitpilen badge. That being said, it seems that the Swedish motorcycle manufacturer was hell-bent on widening its motorcycle range in India. While no spy photographs of the Svartpilen 200 were taken or released online, it was however revealed that it had the same engine casing shape, dimensions, and underbelly exhaust as its bigger sibling, the Svartpilen 250, albeit with a smaller-capacity engine.

Yet, similar to its India-spec Svartpilen 250, the test mule spotted, also carried with it a sizable single-piece pillion grab rail and a catalytic converter to ensure emissions standards compliance, further strengthening the prediction of being launched in the near future. The Svartpilen 200 will likely be powered by a 199 cc liquid-cooled, single-cylinder engine, similar to that of the KTM 200 Duke, that churns out 25 hp at 10,000 RPM and 19.3 Nm of peak torque at 8,000 RPM. It is mated to a 6-speed manual gearbox.

A 43 mm inverted fork paired with rear WP monoshock will likely be equipped to the new Svartpilen 200 to keep the bike aloft and soak up road bumps. Stopping duties will be provided by a 320 mm front and 230 mm rear disc brakes with standard dual-channel ABS for added safety. They’d be rolling on the same MRF Revz FD dual-purpose tires as the older Svartpilen 250 to keep its price in check and make it not too much of a far reach for would-be buyers.

With the bike being spotted being tested outside Bajaj’s Chakan plant, the likelihood of Husqvarna introducing a new smaller-capacity naked to the market is now closer to certainty. We’ll be looking forward to the first quarter of 2021 when the new Svartpilen 200 would likely be introduced to the market.