Honda sure has a knack for mini-bikes. With the Honda Cub and Monkey among its longest-running production bikes that have been in the market for over 50 years. However, almost 40 years ago, Honda was already thinking about urban mobility even before it became the trend that we know today. In 1981, they introduced the Motocompo mini-bike that has easily become a cult favorite among its mini-bike offerings. Its handlebar could easily fold and the seat could be neatly tucked to form a more compact rectangular shape that could perfectly fit into the back of a first generation Honda City. 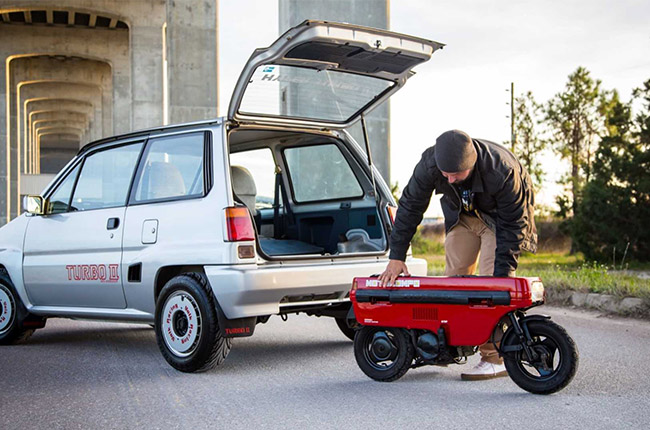 The Motocompo was powered by a 50 cc single-cylinder engine with a 2.2L fuel capacity that gives it a traveling range of up to 140 kilometers on a full tank. Adding to its mobility factor the mini-bike also only had a wet weight of only 99 pounds.. 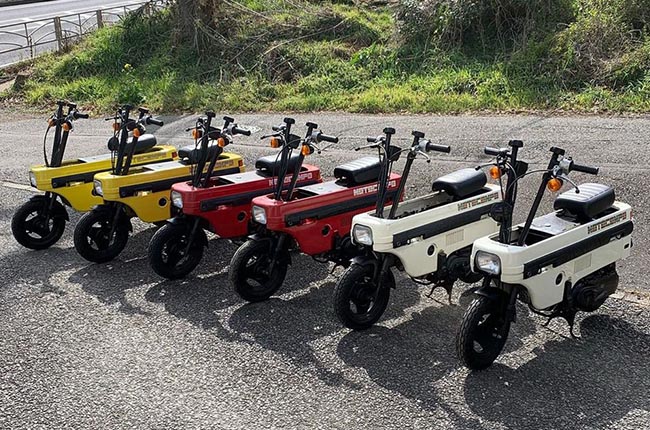 On July 23, 2020, Honda filed a trademark for a new compact electric scooter that could perhaps be a revival to the favorite Motocompo that was seen in the 80s. However, Honda used more wordplay in coming up with its new name and now aptly calls it the “Motocompacto”. With two-wheel urban mobility now trending as a means of getting around the traffic-congested cities, it is but timely that Honda does a revival of its beloved folding scooter. The trademark was registered in the “land vehicles, namely, electric scooters” class, strongly suggesting a new electric scooter in the works.

About a decade ago, Honda attempted to do its first Motocompo “revival” by introducing a folding electric scooter concept with a swappable battery. However, the concept never really reached production stages as there was still no significant demand for electric scooters. However, today, a lot has changed as more and more people are getting into two-wheel mobility, and are starting to realize how much precious time is wasted being stuck in traffic.

Honda’s new trademark filing may not guarantee the production of the new Motocompacto folding electric scooter, but with today’s current conditions, it would surely have a better chance in the market than it did about a decade ago with the e-scooter market now thriving. Plus, throwing that “compact” word into the Motocompo name is just a brilliant wordplay that makes marketing the new electric scooter offering much easier.