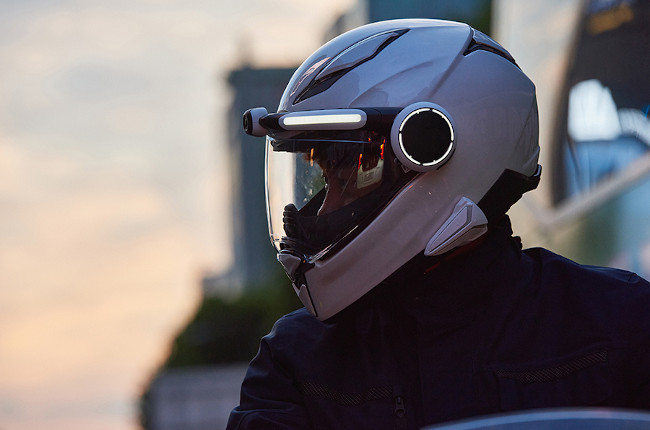 An action camera serves as quite a useful piece of equipment, especially for motorcycle riders here in the Philippines. With our hectic roads and sometimes unruly traffic conditions, having an action camera is very useful, not just for recording enjoyable riding moments, but for safety and security, as well. Action cam or dashcam footage is very useful, especially for insurance claims in the event of an accident, or pinpointing offenders when it comes to reckless driving or hit and run circumstances.

While GoPro continues to be the most popular and most capable action camera model in the market, it requires third-party mounting solutions in order to be installed on motorcycle helmets. On top of this, a lot of these mounting solutions make use of straps or adhesive mounts which obstruct the airflow of certain helmets. To address this issue, HJC, one of the most popular helmet manufacturers, has released its own proprietary helmet camera which features a design that integrates seamlessly on select models. The HJC 10A action camera sits above the helmet visor, and attaches on either side of the helmet. This gives the 10A the ability to swivel up and down, a feature which complements its wide, 148-degree field of view. The HJC 10A action camera has the same features as that of many industry-standard action cameras. It’s capable of recording high-definition videos, taking photos, as well as tracking your location via GPS. It even has WiFi connectivity which enables you to stream videos on social media straight from your action camera. Off-road rides can also be recorded with ease thanks to the camera’s built-in image stabilization, as well as hours of video recording thanks to a 2,000 mAh battery and a built-in 512GB of storage.

The HJC 10A camera features an easy to use toggle switch on the left hand side, allowing you to switch between modes on the fly. Its streamlined construction doesn’t obstruct your field of view, nor the ventilation capabilities of the helmet. The action camera is currently available on HJC’s official website, and retails for 369 Euros, or the equivalent of around P21,750. It’s compatible with certain premium HJC helmets such as the RPHA 90 S Carbon, RPHA 90S, F70 Carbon, F70, and i90.