Harley-Davidson’s development of a new small-capacity naked is no big secret. Its first renderings came out back in 2019 at a time when the company was still under the helm of its former CEO Matt Levatich, with its “More roads lead to Harley” marketing strategy. Levatich was poised to introduce more machines to the public in the hopes of attracting more and newer riders to take on the Milwaukee based screamin’ eagle brand. However, since the change of leadership that occurred within the company with Jochen Zeitz as its new CEO, the development of the brand’s newer motorcycles was said to be put on hold under his new strategy dubbed “The Rewire” — or so we thought.

Today, it seems that the HD350, Harley-Davidson’s small capacity naked is actually closer to production than we think. Details from the Asian motorcycle industry are pointing out to its arrival sometime in 2021. If Levatich would have had his way, the bike would have been around already by this time, however,  COVID-19’s effects would have pretty much pushed the launch to 2021 anyway. 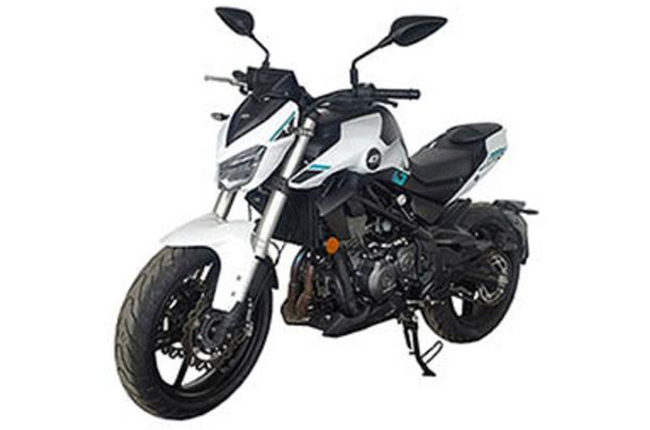 It has been reported that one of the causes for the delay of its production was the small change in its engine specification. The HD350’s powerplant was originally supposed to carry a 338 cc parallel-twin engine supposed to be built by Quianjiang Motorcycle Co. (QJ), the same company that now builds the whole of Benelli’s bike range. QJ recently announced its latest motorcycle, the TNT 300, also known as the QJ350-13, which seems to be visually identical to Harley-Davidson’s rendering of its HD350 with its frame, swingarm, suspension, brakes and engine virtually identical. However, the TNT 300 uses a powerplant that’s larger than Harley-Davidson’s originally planned 338 cc engine. A slightly bigger 353 cc unit is mounted on the TNT 300, perhaps as an adjustment to get past the stricter emissions standards that are now in place, without losing significant power delivery.

Nevertheless, it still cannot be denied of how the HD350 would be such a large departure from the Harley-Davidson motorcycles we are all used to. With its current state, the brand could use a little nudge to help bring back its former glory years in terms of sales performance, and market positioning as one of the most dominant motorcycles on the road. As the bike draws closer to its production stages, I guess we could still say that Matt Levatich’s influence over the brand still somehow lives on.