Harley-Davidson has been one of the most celebrated motorcycle brands in the world. Lately though, the Milwaukee based motorcycle brand they've been struggling to keep up with other brands as they struggled to introduce younger audiences to riding Harley-Davidson motorcycles. After all, the motorcycle riders they catered to at that time were getting older. They tried to change the stigma that Harley-Davidson motorcycles are ridden by old men the age of our parents. In 2018, they introduced three prototypes that veered away from their traditional easy-riding cruiser designs. Instead, they brought us a streetfighter, an adventure motorcycle, and a liquid-cooled custom with the hopes of attracting new audiences. 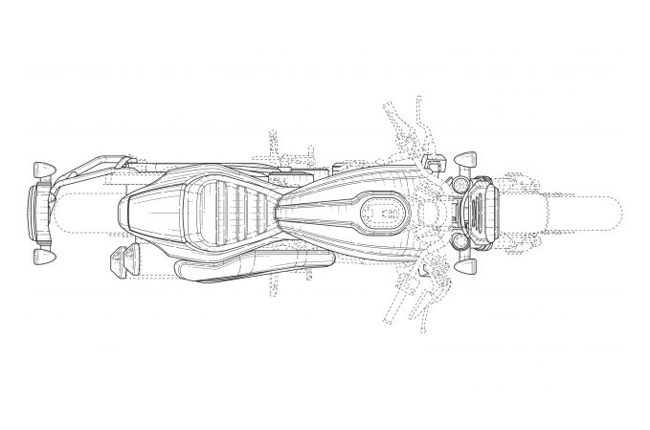 Today, it seems that Harley-Davidson is working on two more prototypes that everyone else didn’t know about...until now. An investor packet from 2019 shows off designs for a new cafe racer and flat track-inspired motorcycles, and Harley-Davidson is applying for the proper trademarks and patents for these new machines. We don’t know much details about these new motorcycles. What we do know is that based on the photos and sketches, they would be using Harley’s new Revolution Max V-twin engine introduced in 2019 present in the upcoming Pan-America, and Bronx. The cafe racer looks the way a Harley-Davidson cafe racer is supposed to be, if not similar to many cafe racer custom Harleys builders such as Roland Sands would make. It comes with a front fairing, a cantilever saddle and a pillion cover with rear-set foot controls for a more aggressive stance. However, instead of opting for clip-on bars like most cafe racers do, it uses straight drag type bars, but still giving it a lower stance. As with their new flat-track inspired motorcycle, the design looks like an updated version of their old XR 1200. It should come to no surprise that Harley-Davidson is introducing a flat-tracker inspired motorcycle to compete with Indian’s success over their FTR1200. When these two bikes will actually come out, we cannot say for sure. But what we can say is that these newer designs could do the job of attracting newer and younger Harley-Davison motorcycle owners.