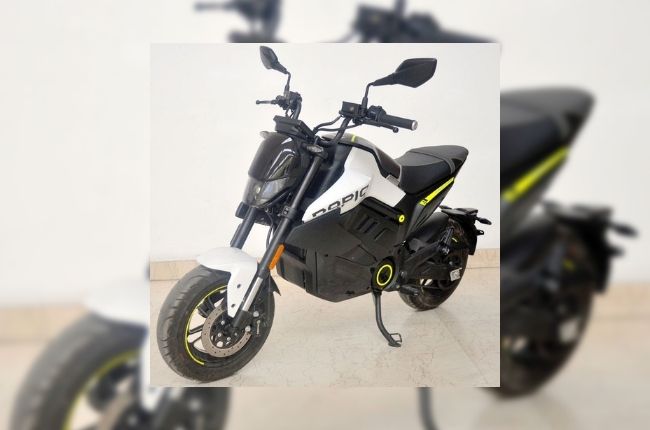 The minibike market has all but exploded in recent years, with the Honda Grom and Kawasaki Z125 leading the way in many markets. However, there’s a lesser-known but just as capable minibike that could soon get an all-electric version: the CFMOTO Papio. If an electric Papio launches soon, CFMOTO would beat Honda to the punch in terms of releasing a mass-market electric minibike. It’s not a haphazard electrification, either, as CFMOTO has completely redesigned the Papio with a dedicated electric architecture. It features a new chassis and running gear, but the dimensions are still very much Grom-like. The styling seen on the prototype also closely resembles the existing Papio model.

CFMOTO likely used a conventional steel tube frame with a cast alloy swingarm. The battery pack sits at the center of the minibike and could be removable based on the opening visible where the gas tank would be. Power comes from a 5kW electric power from Blue Stone New Power, delivering peak power at 19 hp and 37 Nm of torque. The actual horsepower rating could be significantly lower, however, as peak power doesn’t account for continuous output.

The electric CFMOTO Papio could reportedly launch in China Soon. It’s not clear whether the new minibike will have a Philippine release, although the gas-powered model is still available in the Philippines for P78,000.