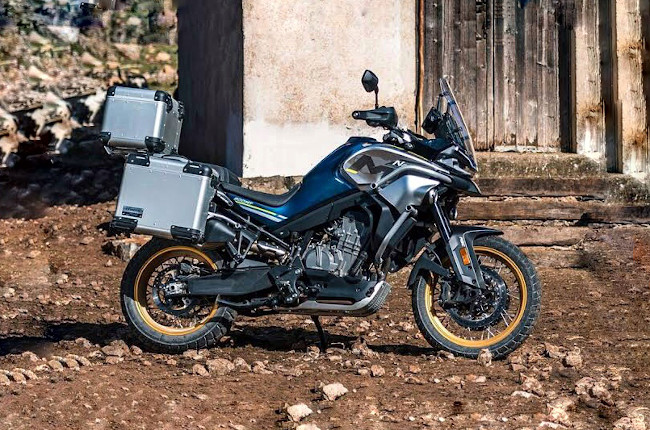 Chinese motorcycle manufacturer CFMOTO has been in the spotlight lately for a number of reasons. For starters, the company had recently rolled out the 700 CL-X retro-style naked bike in the local market. On top of this, CFMOTO’s partnership with Austrian motorcycle manufacturer KTM had finally bore fruit in the form of the 800MT adventure bike.

Initially launched in the Chinese market earlier this year, the 800MT is CFMOTO’s most powerful, and most technologically advanced motorcycle to date. Born out of the company’s partnership with KTM, as well as the acquisition of the latter’s 790 LC8 motor, the CFMOTO 800MT is based on KTM’s groundbreaking 790 Adventure platform, albeit tweaked and slightly detuned in order to occupy a more approachable price bracket. The CFMOTO 800MT is expected to make its ASEAN debut early in 2022, starting with the Malaysian market. As it would turn out, a lot of hype has been surrounding the CFMOTO 800MT, thanks to its similarities with the more premium KTM 790 Adventure. That being said, chances are that this value-packed adventure-tourer could soon be making its debut in Philippine shores shortly after its launch in the Malaysian market. The CFMOTO 800MT is expected to be priced at around RM50,000, or the equivalent of around P580,000–incredible value, considering how much tech this bike is packed with.

In other news pertaining to CFMOTO, the company continues to be hard at work in revamping its model lineup, as well as introducing new models into the global market. With the 700 CL-X performing remarkably in the local market, as well as the 800MT on the horizon, many more bikes are expected to roll out in the near future under the CFMOTO name brand. For instance, the company has also acquired KTM’s 990cc V-twin motor, the same engine which powered the earlier generation of the KTM Super Duke. Word has gone around that CFMOTO will be using an iteration of this motor to power an upcoming naked sportbike dubbed the NK V2.