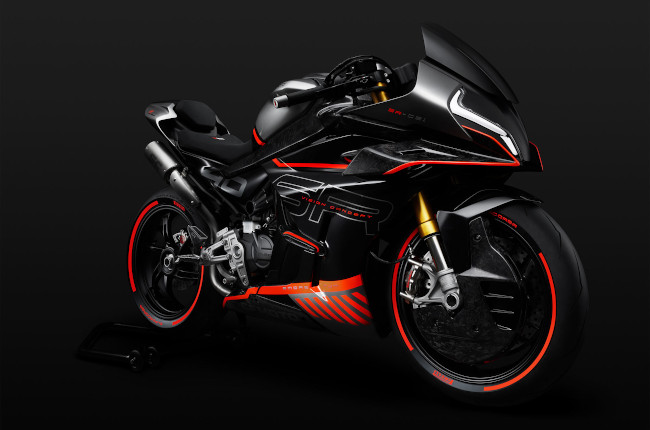 CFMOTO has been in existence for more than a decade now. However, it wasn’t until 2017 that the brand began bolstering its efforts towards increasing brand awareness across Asia and Europe. With the local release of the CFMOTO 400 NK, the Chinese manufacturer made the big bike experience accessible to the masses. Apart from that, the company also brought in some premium models such as the 650 range, consisting of the NK, GT, and MT, as well as smaller bikes like the 300 NK and 300 SR.

For the 2021 model year, CFMOTO bedazzled the world with the debut of the 700 CL-X range of retro-style bikes. Not willing to be overtaken by the competition, it capitalized on its partnership with Austrian motorcycle giant KTM, by releasing a new mid-size adventure bike called the 800MT. Based heavily on the KTM 790 Adventure platform, the 800MT is considered as CFMOTO’s most technologically advanced bike to date. While we wait for the 800MT to be introduced in the local market, CFMOTO dropped yet another bombshell at the recently concluded EICMA, in Milan, Italy.

CFMOTO updates the 650 GT tourer in the European market 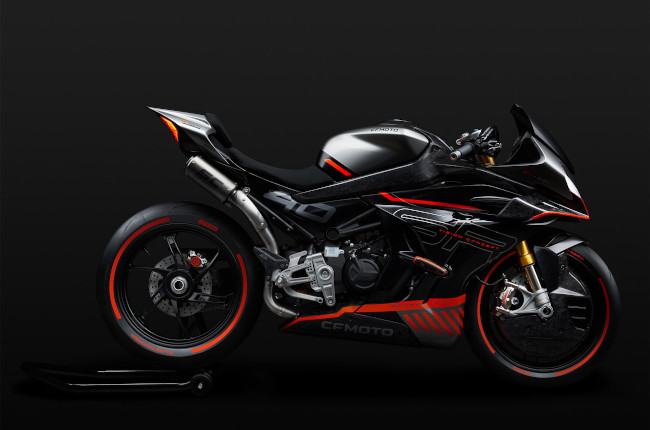 In October of this year, CFMOTO revealed plans of developing a performance-oriented sportbike. Now, with 2022 just around the corner, CFMOTO has revealed the bike in all its glory. Dubbed the SR-C21, it clearly shares the same race-inspired DNA as the 300SR, albeit in a more serious, performance-oriented package. Just like what was initially unveiled in October, the SR-C21 gets all of its supersport bodywork. This time, however, the rendering has become a reality, and it certainly looks better in the flesh.

While CFMOTO has refrained from giving the exact specifications of the upcoming sportbike, it did, however, reveal that the bike will have an engine that packs quite the punch. It won’t be surprising if we see a retuned version of the 799cc parallel-twin engine we see in the KTM 790 Adventure. After all, this engine has made its first appearance under CFMOTO ownership in the recently released 800 MT. Other goodies featured on the EICMA display unit include premium Brembo brakes, a full SC Project exhaust system, as well as high-performance aerodynamics components such as winglets and MotoGP-inspired disc brake covers. It’s also confirmed that the SR-C21 will feature a chromoly steel trellis frame, similar to what we find in KTM’s recently unveiled R

At the moment, a release date has yet to be announced for the SR-C21. However, rest assured that the coming months will have a lot in the way of updates when it comes to this high-performance sportbike.