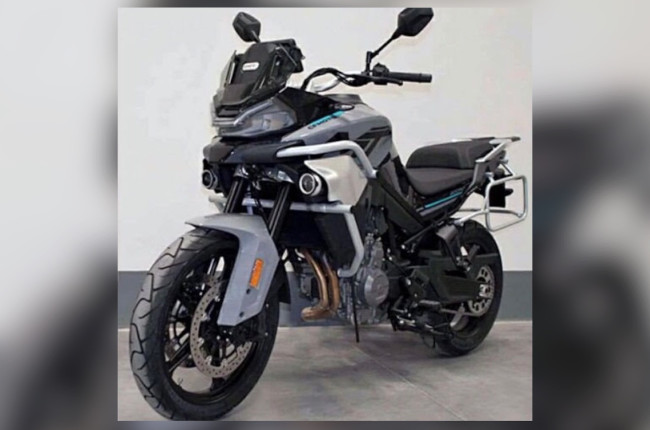 CFMoto has been stirring the pot quite a bit — especially in the local market with its impressive fleet of affordable and reliable motorcycles. Having rolled out the new retro-styled 700 CL-X last month, the Chinese manufacturer recently launched a spinoff company, Zeeho, which is dedicated solely to electric vehicles. This time, the folks at CFMoto are at it again with a new adventure bike which is derived from the hotshot KTM 790 Adventure.

For those not yet in the know, CFMoto has been in a long term partnership with KTM for a few years now, with the former manufacturing bikes for the Austrian marque across a number of markets across Asia. On top of this, CFMoto also acquired the rights to KTM’s 799cc LC8 engine — the same power plant that’s set to power the upcoming 800 MT. On top of this gem of an engine, the CFMoto 800 MT is expected to come in two variants: a road-going version with alloy wheels, and an off-road-oriented version equipped with wire-spoke wheels and knobby tires. From a styling standpoint, both bikes bear styling unique to CFMoto’s range of motorcycles. Unlike other Chinese manufacturers which sometimes tend to be blatant copies of other bikes, CFMoto took it upon itself to partner with Kiska Design — yet another parallel with their Austrian partner — to design their motorcycles. That being said, when the CFMoto 800 MT officially breaks cover, it will be the first fruit of the company’s partnership with both KTM and Kiska Design.

As far as performance is concerned, the CFMoto 800MT will be equipped with the same engine that powers the massively popular KTM 790 Adventure. This 799cc parallel twin features a 75-degree crankshaft making all the lovely sounds of a V-twin engine while occupying significantly less space. Rated at 95 hp for the KTM, there’s a chance that the CFMoto 800 MT could bear a slightly different state of tune as opposed to its Austrian counterpart. So we may or may not see a watered-down version of the well-loved LC8 motor.

Our sources suggest that CFMoto will begin production of the 800 MT in the first quarter of 2021. With that, a global launch is expected to occur any time next year. At the moment, CFMoto’s already extensive lineup of bikes consists of the massively popular NK range, with the 400 NK taking center stage as their most popular bike. Of course, the recently launched CFMoto 700 CL-X has also been getting quite a lot of attention, thanks to its striking design and enticing price point.