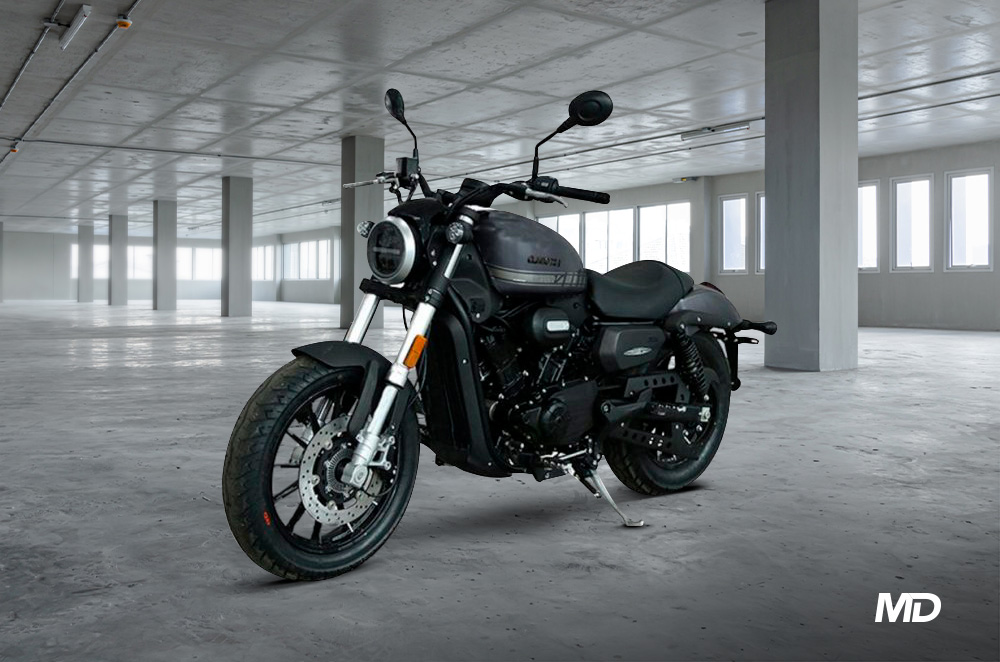 The middleweight motorcycle segment is on fire right now in the global market. Multiple industry leaders have recently launched stunning new models in this class of motorcycles. For instance, Honda has seen massive success in India with the Honda CB350. Additionally, the BMW G 310 R and GS continue to be favorites among first-time riders, and of course, KTM and Husqvarna continue to dominate with their 390 and 401 range respectively.

The already exciting middleweight segment could soon get even better, as recent developments from Harley-Davidson and its Chinese partner, Qianjiang (QJ Motor) show that their newest bike could soon be coming to a Harley dealer near you. Seen in type-approval documents filed by QJ Motor, the first official image of the soon-to-be 300cc Harley-Davidson has surfaced in multiple international publications. The bike in the picture is in fact the SRV300, QJ Motor’s in-house cruiser for launch in the Chinese market. It is, however, more than likely that the SRV300 will be the bike the upcoming Harley will be based on.

Looking at the bike’s styling, it’s clear to see that the SRV300 has borrowed quite a few design cues from its bigger half-siblings. For instance, the bike bears an uncanny resemblance to the Iron 883, and even the now-discontinued Street 750.  Powering the SRV300 is a 296cc V-twin engine—a rather interesting choice, as this is sure to be the smallest V-twin to ever bear the Harley-Davidson badge. On top of this, we see rather standard components in the form of telescopic forks, front and rear disc brakes, twin rear shock absorbers, and the unmistakable round headlight.

If this motorcycle were indeed to make it to the Philippine market, it’s unfortunate that current rules and regulations would mean that this bike cannot be used on the expressway given the minimum 400cc requirement. The chances of Harley-Davidson rolling out a 400cc equivalent are rather slim, too, as this will require QJ Motor to revamp its production capabilities, as well. Nonetheless, the development of this bike is an interesting step forward for Harley-Davidson in capturing the younger generation.