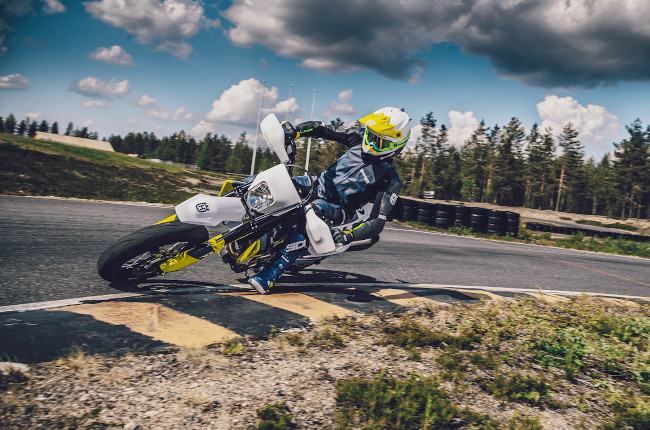 If you’re one to favor high displacement single cylinder engines over multi-cylinder configurations, then chances are the Husqvarna 701 Enduro and Supermoto are no stranger to you. Equipped with the same engine found on KTM’s 690 Enduro and Supermoto, Husqvarna has updated their fleet of high capacity thumpers for the 2021 model year.

For starters, both the Husqvarna 701 Enduro and the 701 Supermoto get revisions to their engine. Fitted with a new exhaust system, the bikes are now Euro 5 compliant and churn out an amazing 74 hp. Both bikes now feature a brand new LCD instrument panel. Now, granted of course, it isn’t a full-color TFT, but it surely displays an abundance of information, especially given the fact that these bikes are basically dirt bikes that have spent one too many years in the gym. The 701 machines have been outfitted with a redesigned headlight unit. Although it doesn’t detract from the outgoing model’s styling, subtle cues can be noticed. Now, going into more detail on the individual bikes, the 701 Supermoto is equipped with a Brembo Monoblock 4-piston caliper up front, mated to a 320mm single disc brake out back. Now as far as the Enduro is concerned, programmable ABS comes as standard, allowing the rider to toggle the safety feature on and off, depending on the terrain they are traversing.

As far as creature comforts are concerned, well, there aren’t really any. The bikes do, however, come with a 13-liter fuel tank, and they both weigh just over 320 lbs—just imagine the power to weight ratio on these bikes. As of this writing, KTM Philippines has yet to announce the availability of the new 2021 Husqvarna 701 Enduro and Supermoto. That said, if you’re in the market for one of these, you may want to consider looking at the KTM 690 Enduro R, which is priced at P790,000, or the KTM 690 SMC R, at P610,000.