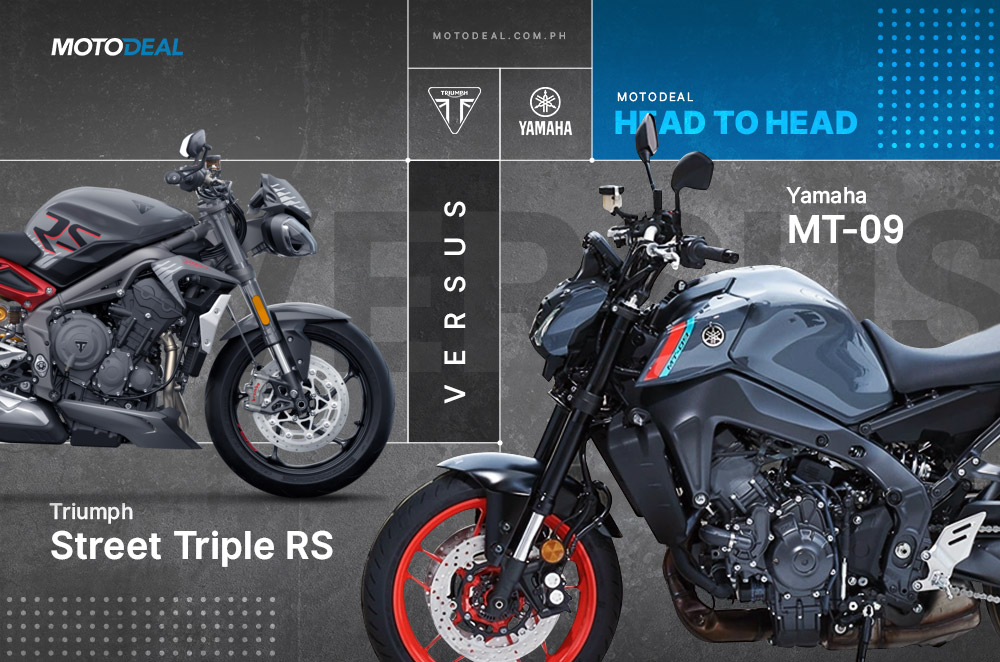 Having said all that, it can be easy to fall into a dilemma when deciding which of these two sharp naked bikes to add to your stable. While the definitive best answer to this dilemma would be to buy them both, not everyone has the budget to fork out for these two beauties. With that, let’s take a closer look at these two bikes, and hopefully, help you decide which one is best for you. On the performance front, it can be easy to believe that the MT-09 leads the charge, as it has a bigger engine. It doesn’t matter if you get the outgoing model or the current version, the MT-09’s engine is bigger in terms of capacity than that of the Street Triple RS. For the 2021 model year, Yamaha has increased the MT-09’s displacement to 890cc, and it now pumps out 117 horsepower. Meanwhile, the Street Triple RS makes use of the Moto2-derived 765cc inline-triple making 121 horsepower.

Now, as you can see, both bikes are more or less equally powered. As such, it all boils down to the type of power delivery you want. As is the case with Yamaha’s CP3 crossplane engine, power and torque come on a lot lower in the rev range. This gives the MT-09 a more rowdy, aggressive demeanor. Meanwhile, the Street Triple RS’ racing-derived engine makes peak power just a tad higher in the rev range, resulting in a smoother, more linear power delivery. 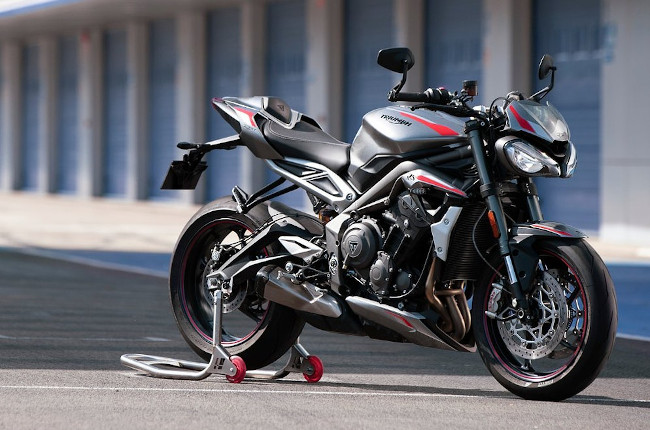 As far as features are concerned, Triumph clearly has the MT-09 beaten in terms of tech alone. Featuring a large full-color TFT display, the Street Triple RS delivers groundbreaking performance-centered tech features such as a bidirectional quick shifter, switchable traction control, programmable ABS, and a revised throttle by wire system. It even features nifty compatibility features with your favorite gadgets such as Bluetooth compatibility specifically for GoPro action cameras, as well as a turn-by-turn navigation system.

The Yamaha MT-09, however, is no slouch, either. It now comes with a technologically advanced six-axis IMU which unlocks a whole host of safety and performance features all configurable according to rider preferences. The new MT-09 now gets cornering ABS, slide control, and even wheelie control, making it even more of a hooligan machine. In terms of pricing, the Yamaha MT-09 pulls slightly ahead of the Triumph Street Triple RS, especially in terms of value. Priced at P629,000 for the 2021 model, the MT-09 delivers groundbreaking performance, as well as undeniable Japanese reliability. Meanwhile, the Triumph Street Triple RS tips the financial scales at P795,000–a sizable leap in price versus its closest Japanese rival. It does, however, offer the prestige and premium fit and finish provided only by the Hinckley company. 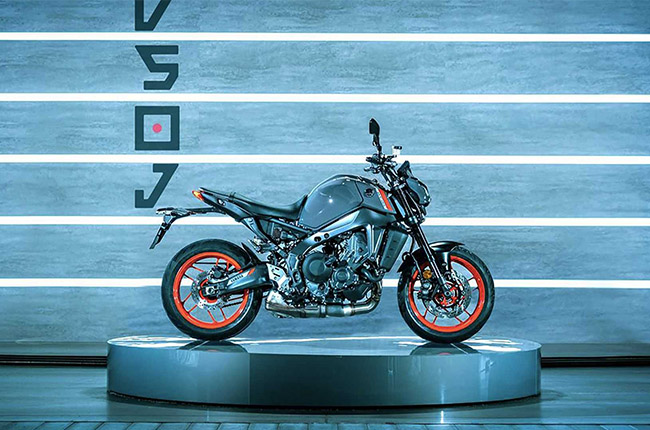 At the end of the day, you can’t go wrong with either of these two bikes. Although very similar, each of these bikes has its own niche in the market. If you’re looking for a reliable, no-frills machine with loads of power and wheelie-popping torque in any gear, the MT-09 is the bike for you. Its affordable maintenance and abundant spare parts will keep you headache free in the long run.

Meanwhile, if you want a thoroughly premium machine that carries race-bred technology in an iconic British marque, then the Street Triple RS is definitely worth the premium. However, do note that Triumph hasn’t exactly had a flawless track record when it comes to reliability and overall dependability. However, given the rapid growth Triumph is experiencing in the local market, it won’t be surprising if they’ll be able to keep up with, or even outdo their Japanese counterparts when it comes to after-sales support.