Few motorcycle name brands are as respected and instantly recognizable as BMW. This german automotive giant has proven itself as one of the world's most popular motorcycle manufacturers, and continues to impress the growing number of motorcycle enthusiasts, particularly in the Philippines. BMW Motorrad offers impressive value for money, with tons of in-house aftermarket options, impressive after-sales service, and an unbeatable 5-year, 500,000-kilometer warranty.

As such, it really is no surprise as to why so many big bike aficionados—particularly those with the cash to burn—hop on a classy Bavarian steed. If you're such individual with a sizable amount of money burning a hole in your pocket, and you've been wanting to get a new big bike bearing the BMW nameplate, but aren't exactly sure which bike is right for you, then you've come to the right place. Here are a few BMW big bikes worthy of your attention. The BMW S 1000 RR is BMW's flagship performance superbike which packs otherworldly levels of performance. Outfitted with state of the art technology, the S 1000 RR is one of the top-performing liter-class motorcycles in the world, and comes with a laundry list of features that will surely put other sportbikes to shame. Powering this razor sharp supersport is a 999cc inline four-cylinder motor equipped with dual-overhead-cams, four valves per cylinder, and electronic fuel injection. It pumps out a staggering 205 horsepower, and is capable of achieving a top speed in excess of 300 kilometers per hour.

In as much as the S 1000 RR is a powerful machine, it's also a technological marvel. Equipped with BMW's sophisticated array of proprietary rider aids, the S 1000 RR is equipped with a six-axis inertial measurement unit (IMU) which is able to analyze and adjust the bike's performance based on telemetric data such as pitch, yaw, lean angle, and slip angle in order to deliver the most engaging response to the rider. This much tech and performance is by no means cheap. In fact, it'll set you back a rather steep P1,895,000. There are many reasons why naked bikes are so popular. Apart from their brutish, muscular appearance and head-turning styling, naked bikes are also very versatile machines—a jack of all trades, if you will. As such, a naked bike can be configured to fulfill a myriad of purposes. You could outfit it with a top case and other luggage items and make it a long-distance tourer. You can fit it with a slick set of rubber and hit the race track. You can even leave it bone stock and just ride the wheels off of it on a daily basis.

BMW makes one heck of a naked bike with the F 900 R. In fact, it's BMW Motorrad's most affordable big bike, at just P655,000. It gets a very compact, muscular design, a punchy engine, and premium features which have made it a massive hit all over the world. It features an 895cc parallel-twin motor that pumps out a hearty 105 horsepower offering a healthy spread of torque all across the rev range. Additonally, it gets premium features such as a full-color TFT screen, switchable ride modes, ABS, and traction control. The next entry on our list is a motorcycle that needs no introduction. The BMW R 1250 GS is BMW's flagship adventure tourer which has been the reigning king of ADVs for several years now. The successor to the highly successful R 1200 GS, the R 1250 GS hasn't really changed much since its debut, however, BMW continues to innovate this machine in terms of sheer performance and technology. As such, the R 1250 GS is now more powerful, more versatile, and more capable than ever before.

Powering this heavyweight adventurer is a 1,254cc, liquid-cooled, Boxer twin-cylinder engine. Equipped with BMW's proprietary ShiftCam variable valve timing technology, the R 1250 GS pumps out a maximum power output of 125 horsepower and 125 Nm of torque. It transfers this power to the back wheel via a six-speed manual transmission. Apart from sheer performance, the R 1250 GS is equipped with long-travel suspension, as well as burly dual-purpose tires which lend themselves to all-terrain riding, and long-distance ability. The BMW R 1250 GS Adventure is available in the local market at a price of P1,675,000 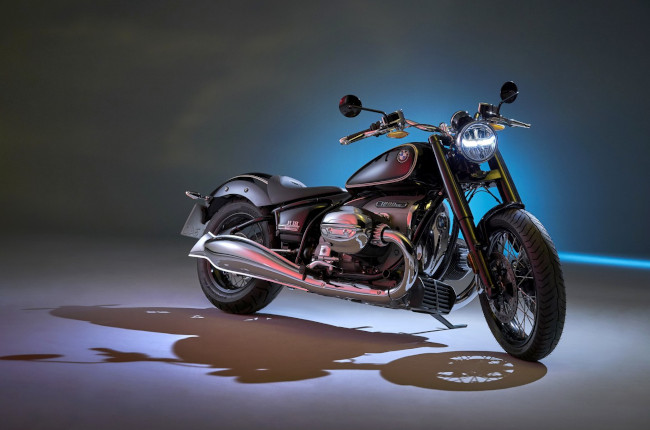 The last bike on our list is the latest addition to BMW's stable of fine machines. The BMW R 18 has received a considerable amount of hype over the past few months thanks to its sheer size, amazing engine, and neck-breaking styling. It gets all the classic lines and curves of BMW's legendary machines from the 60s, however, it boasts performance and technology that's very much atune to the modern age.

The BMW R 18 is equipped with the largest boxer-twin motor to come out of BMW's assembly line. Displacing a whopping 1,802 cubes, this engine has been tuned to prodcue a healthy amount of torque at the bottom end, in order to provide maximum comfort and ridability. As such, it pumps out a maximum output of 90 horsepower and 158 Nm of torque. Underneath its retro styling, the R 18 comes with tons of tech including a keyless ignition, riding modes, Automatic Stability Control (ASC), and even engine drag control for smoother, more linear engine braking. The R 18 even comes with an electriconic reverse assist feature–something that's surely going to come in handy, given how hefty this machine is. The BMW R 18 tips the financial scales at a whopping P1,955,000, but it's clear to see why this bike is well worth its premium price tag.