When BMW launched the F 900 R in the global market last year, the German company made liter-bike performance and tech attainable at a price point that was within reach of many motorcyclists. In fact, the F 900 R is BMW’s most affordable bike in its big bike segment. However, just because it carries the lowest price tag among the lot, doesn’t mean that BMW cheaped out on this bike. Here are a few reasons why we think the BMW F 900 R is an excellent intermediate level naked streetfighter. The BMW F 900 R is equipped with a compact yet powerful parallel twin engine. Equipped with a 90-degree crankshaft, this engine has a displacement of 895cc, and pumps out a very healthy 105 horsepower and 92 Nm of torque. This gives the F 900 R an impressive 0 to 100 kilometers per hour time of just 3.7 seconds.

This 895cc parallel-twin engine is the same engine we find in the versatile F 850 GS, albeit tuned slightly differently to account for road use. As opposed to BMW’s boxer engines, this parallel twin is a lot more compact, allowing the F 900 R to be a lighter weight, more nimble machine, while pumping out loads of power, thanks to its 90-degree crankshaft. 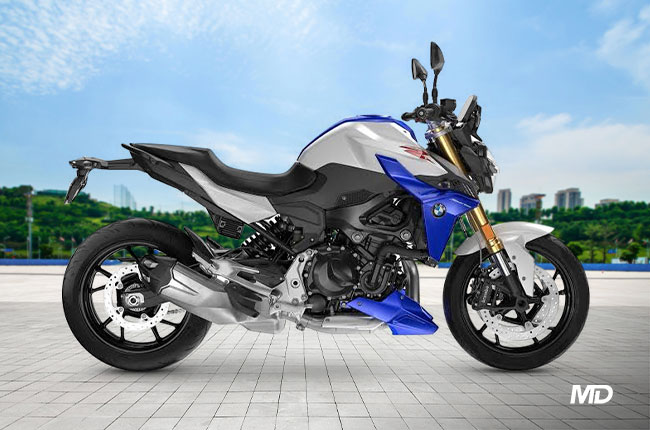 As far as styling is concerned, there’s no denying that the BMW F 900 R is a looker. Sporting similar styling with the BMW S 1000 R, the F 900 R gets muscular bodywork and sharp, angular styling. LED headlights, taillights, and turn signals adorn the motorcycle, while a full-color TFT display provides ample instrumentation display. The BMW F 900 R gives the rider very comfortable ergonomics thanks to its upright seating position. Its wide handlebars and slightly rear-set controls give you a lot of leverage, while remaining sporty, yet comfortable for long-distance rides. 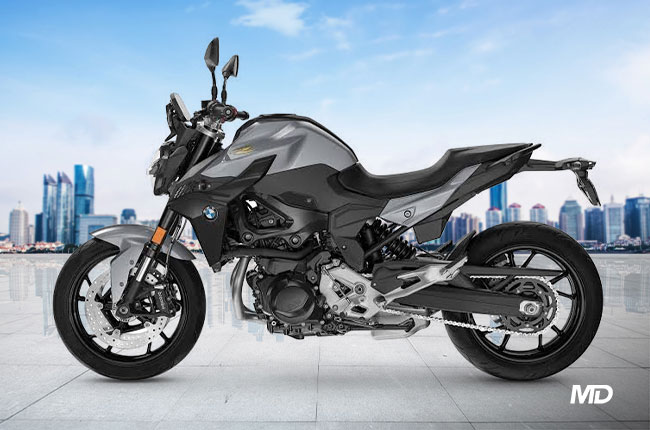 The BMW F 900 R comes in two variants—Standard and Style Sport. The Standard variant comes at a rather affordable P655,000. However, it misses out on all of the Dynamic features which offer the most adjustability when it comes to tweaking the bike’s electronics to suit your preferences. That said, the Style Sport variant is where most of the fun is at, and retails for a premium price of P775,000. As mentioned above, the Style Sport is equipped with some serious tech, which is more commonly found on motorcycles retailing upwards of P1,000,000.