Naked bikes present themselves as some of the most versatile motorcycles in the market. With their upright ergonomics and relative ease of maintenance, it goes without saying that naked bikes have set the standard when it comes to street bikes. We wrote a whole story highlighting the reasons why naked bikes make for the best all-rounders. Today, we highlight the top 5 best entry-level naked bikes you can buy under the P200,000 mark.

Our first contender comes from one of the strongest brands in the entry-level big bike segment. Apart from their highly successful 400NK, CFMoto also has a smaller version of its popular naked bike in the 150 NK. Powered by a 149 cc, liquid-cooled, single-cylinder engine, the baby NK makes an adequate 11 hp—making more ideal for in-city duty.

What the 150 NK has going for it though, is the price. Setting you back merely P97,000, the CFMoto presents itself as a remarkable value for money with stunning looks to boot. It’s affordable price mated with Motostrada’s top-notch after-sales service makes the 150NK a package you can’t go wrong with as a starter bike. When KTM introduced the 200 Duke in the Philippine market, it was met with acclaim and was lauded for its lightweight and nimble package. After production of the bike began locally in 2017, the 200 Duke saw a reasonable increase in reliability and build quality making it an even more enticing package.

Powered by a 199.5 cc, liquid-cooled, single-cylinder engine, the KTM 200 Duke churns out a respectable 26.5 hp and 19.5 Nm of torque, making it the most powerful bike on this list. With a sticker price of P150,000, the KTM 200 Duke bears similar styling and dimensions to its bigger siblings, making for a perfect learner bike for those seeking to move up the ranks in terms of displacement. Our next contender comes from one of the Japanese big four. Known the world over for producing reliable, high performance, and value-for-money motorcycles, Suzuki presents us with the GSX-S150 as their addition to the massively lucrative entry-level naked segment. Bearing the same namesake as the legendary GSX line of sportbikes, and it does a relatively good job in representing the monicker in the segment.

Powered by the same 147.3cc, fuel-injected, single-cylinder engine found in the extremely popular Raider 150, the GSX-S150 churns out 18 hp and 14 Nm of torque. That being said, the GSX-S150 is considerably capable given its lightweight and punchy motor. Priced at P112,800, this bike would make for the perfect beginner bike, as well as a city runabout for daily duties. Yamaha presents the local market with two extremely strong contenders in the entry-level naked segment. The first being the gorgeous MT-15. The smallest of Yamaha’s MT family, the MT-15 bears the same styling cues as its bigger siblings. That being said, it isn’t uncommon for it to be mistaken as an MT-03, or even an MT-07, especially when looked at from afar.

Powering the MT-15 is Yamaha’s critically acclaimed 155 cc, liquid-cooled, single-cylinder engine which is found in a plethora of other bikes. Having proven itself as a reliable mill, this engine is rated for a respectable 18.5 hp and 13.9 Nm of torque. However, one thing to the MT-15’s detriment is its high price point of P159,000. 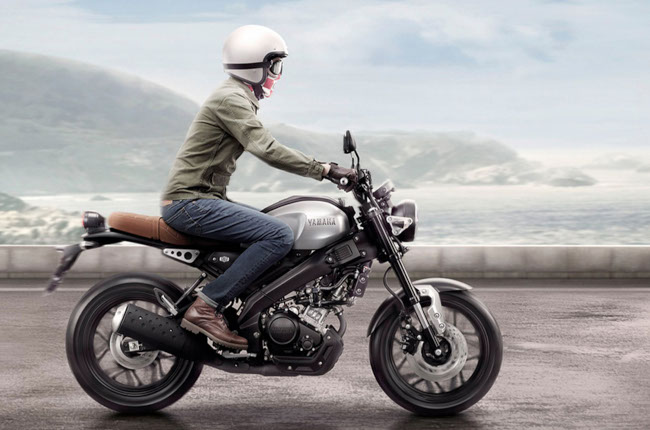 The second entry-level naked bike contender from Yamaha comes to us in the form of their neo-retro XSR155. Similar to the MT-15, the XSR155 is the smallest bike in the Yamaha XSR family. Also similar to the MT-15, the XSR155 can be easily mistaken as an XSR700 (just don’t look at the engine, of course). Complementing the XSR155’s seemingly big bike energy is its remarkable fit and finish. Everything from the switchgear to the faux leather seat and retro-styled tank exudes premium quality.

Powered by the same mill as the MT-15, it produces exactly the same power and torque figures as its modern-styled sibling. Priced at a steep P162,000, the XSR155’s retro styling definitely comes at a premium. After all, it is one of the only neo-retro styled entry-level naked bikes in the market today.

So there you have it. As mentioned previously, naked bikes are extremely practical and versatile, and you can’t go wrong with starting your motorcycling journey on any one of the bikes listed above.