Today’s crop of performance oriented motorcycles pack quite a lot of punch. So much so, that most naked bikes and sportbikes are far more capable than the average rider. Luckily, technology has advanced such that you don’t need to be a seasoned racer in order to safely enjoy your performance-oriented machine. These days, technology keeps tabs on a lot of motorcycles’ performance, optimizing it for use in varying road conditions.

Truly, motorcycles like the Honda CBR1000RR have evolved over the decades. From a fire breathing supersport that only veteran riders could pilot, the new CBR1000RR-R is so technologically advanced that it’s virtually uncrashable—provided, of course, you don’t do anything stupid. That being said, here are our top 5 picks of performance-oriented rider aids that have changed the game of motorcycling. ABS has been present in motorcycles for nearly a decade now. Adopted for street use from our four-wheeled counterparts, anti-lock braking systems (ABS) prevent our wheels from locking up under heavy braking, particularly in emergency scenarios. Recent years have ushered in cornering ability when it comes to ABS systems. Modern-day ECUs, thanks to inertial measurement units (IMUs), are now capable of measuring the tire’s grip depending on your lean angle, and calibrate ABS function accordingly. This means that ABS is less intrusive when leaned over in a corner, as opposed to moving in a straight line. Traction control works in a similar way as ABS does, in a sense that it doesn’t allow your rear wheel to slip under heavy acceleration, or while riding on loose, uneven surfaces. This is particularly useful for very powerful motorcycles, as it can be very easy for these machines to break traction when on the street. If you’ve ever accelerated off a stop a little too harshly, you’re familiar with the rather unsettling feeling of having your rear end get all squirmy as the tire breaks traction. IMU technology has gone a long way in enhancing traction control systems, too, and just like ABS, it can now account for cornering functionality, too. 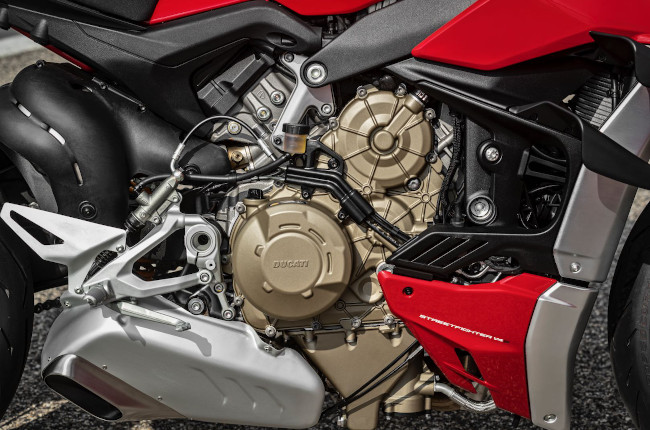 Wheelies are definitely very cool, however, they’re certainly not for everyone. Seasons motorcyclists are familiar with the feeling of the front end coming up under heavy acceleration. However, this can be extremely unnerving for newbies. Thanks to the aforementioned IMU, motorcycles can now prevent wheelies from happening. Similar to how traction control works, wheelie control reduces power from being transferred to the rear wheel once it senses the front end rising. High-end machines will allow you to toggle the amount of front wheel lift, allowing you to pull small wheelies under heavy acceleration. 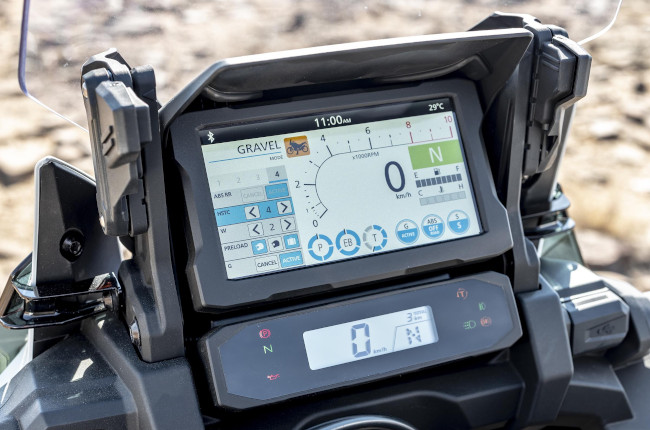 Very powerful machines like the Yamaha MT-10 can be quite a handful. It’s normal that not all riders of high-performance machines want 170 horsepower 100% of the time. This is especially evident on long-distance tours, rainy rides, or rides on roads that aren’t exactly perfect. As such, riding modes allow you to choose how much power is on tap, depending on how you’re feeling and where you’re riding. Usually, riding modes are categorized into two or three types—Road and Rain. Some performance-oriented machines include a third option—Sport, while some include a fourth Custom option, too. Last but not least is electronic suspension. Fully adjustable suspension systems are very useful be it on track bikes, street bikes, or adventure bikes. What makes this nifty feature even more useful is if it can be adjusted on the fly, with a flick of a switch. This is exactly what electronic suspension does, allowing the rider to fine tune settings like preload, spring compression, and rebound damping. More often than not, suspension settings are integrated into the various riding modes, making for a seamless experience when it comes to suspension adjustment.