Avid big bike riders are well aware of the differences when it comes to piloting their beloved big bikes as compared to their smaller displacement counterparts. Not only are big bikes, well, bigger, they’re also heavier, and pack quite a lot of power. Luckily, there are loads of beginner-friendly big bikes available in the local market, and we’ve covered those in great detail in some of our other articles.

Now, it’s natural to want to progress as your skills and budget for motorbikes improves. With that in mind, we’ve gone ahead and rounded up our top 5 best intermediate big bikes, with one bike per category of motorcycling. If you’ve been in the market for your next performance-oriented machine, be sure to check out these 5 bikes. We start our list with one of the heavy hitters in the naked sportbike segment. When Yamaha first introduced the MT-09 in the global market back in 2015, the world stood in awe as to how the folks at Team Blue managed to create a bike with such incredible performance, at such an affordable price tag. Fast forward some six years later, and the Yamaha MT-09 continues to be a fan favorite thanks to its impressive performance and premium features.

For the 2021 model year, Yamaha has revised the MT-09 from the ground up, to feature updates to the chassis, engine, suspension, and styling. It now gets an 890cc inline three-cylinder motor which pumps out a neck-breaking 117 horsepower. The bike gets three traction control modes, in case your riding skills aren’t yet up to the take of taming all 117 ponies. It gets a significant price bump, and now costs P629,000. The previous iteration of the MT-09 could still be available in some dealerships. That bike was a lot more affordable at P569,000. For those of you looking to upgrade from the 400cc class of sportbikes, the Kawasaki ZX-6R would make for the perfect next bike. If you’re one to frequent the twisty roads or race track, few bikes offer as much bang for your buck as Team Green’s middleweight super sport. It boasts Kawasaki’s redesigned aesthetics for the Ninja sportbike range, as well as the bare essentials when it comes to performance-oriented riding.

The Kawasaki Ninja ZX-6R is equipped with a 636cc inline four-cylinder engine which churns out the better part of 127 horsepower at the business end of its 180 cross-section rear tire. Transferring power to the back wheel is a chain-driven six-speed manual transmission which incorporates Kawasaki’s quick-shift technology and assist slipper clutch. It retails for a premium P672,000. Adventure bikes have continuously increased in popularity over the past few years, particularly in the local setting. As it would turn out, few motorcycles are as versatile and practical for touring our country’s breathtaking scenery than the good old ADV. That said, BMW has its own middleweight adventurer in the form of the F 850 GS—a bike which is quite honestly a bit underrated, especially given the fact that it shares a stable with the legendary R 1250 GS.

The BMW F 850 GS gets an 853cc parallel-twin engine which pumps out a healthy 95 horsepower. It gets a standard chain-driven six-speed manual tranny, as opposed to the shaft-drive system found on its bigger sibling. However, what it lacks in features and performance, it more than makes up for in value for money. That said, it’s a lot more affordable than the R 1250 GS, and retails starting at P965,000. 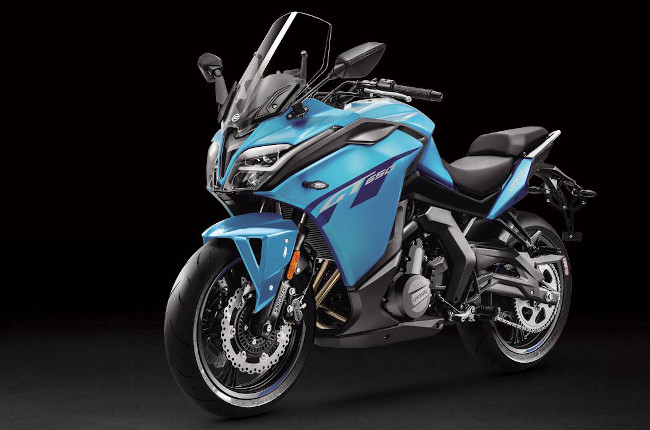 The next bike on our list comes from a Chinese motorcycle manufacturer which has seen tremendous success in the local market in recent years. CFMOTO has never failed to impress with its affordable, decently equipped motorcycles which have made big bike performance more accessible. In its sport-touring range, the 650 GT makes for an enticing option in the intermediate segment, thanks to its premium features.

It gets a full-color TFT display, as well as an on-the-fly map change from Touring to Sport mode. It gets an adjustable windscreen for added long distance touring comfort, as well. At its heart is CFMOTO’s 649cc parallel-twin engine rated at 65 horsepower. To take the edge off the punchy motor, the 650 GT is equipped with a slipper assist clutch. This bike is by far the most affordable one in our list, retailing for just P335,000. 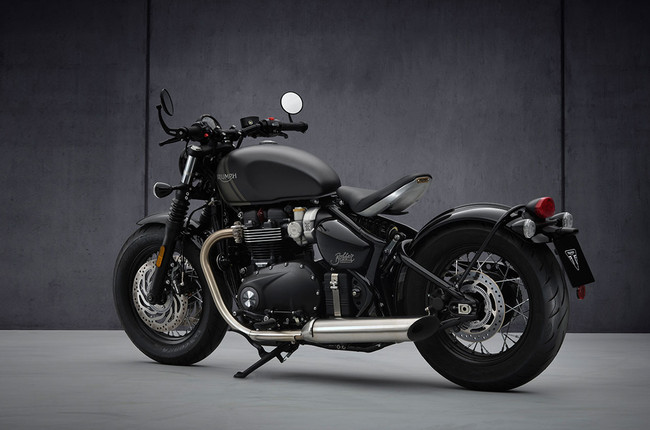 The last bike on our list is for you folks who want to go down the cruiser route. Triumph has had a long and rich history with its Bonneville range of motorcycles. More recently, it introduced the Bonneville Bobber, a sleek, laid back take on this iconic roadster. Available in the local market starting at P995,000, the Triumph Bonneville Bobber gets a 1,200cc 270-degree parallel twin pumping out 77 horsepower.

On the feature front, we find electronic rider aids such as cruise control and ABS-equipped Brembo brakes. Additionally, the bike gets full LED lighting, as well as a classy analogue-digital circular instrument cluster. Perhaps one of the bike’s most defining features is its head-turning styling, which certainly helps to justify its premium price tag.