The cruiser segment is one of the most overlooked subcategories of motorcycling. Here in the Philippines, in particular, most enthusiasts tend to lean towards the more sporty side of things. As such, sportbikes and sport nakeds tend to capture the attention of a wider audience. However, cruisers present themselves with quite a bit of charm and accessibility, especially for beginner riders.

While the cruiser options in the Philippine market are rather limited, Royal Enfield has disrupted the market with it’s all new, entry-level cruiser. The Royal Enfield Meteor 350 appeals to a very distinct audience in a sense that it isn’t exactly a do-everything motorcycle. You see, the fact that it only displaces 350 cubes means that it misses out on expressway legality. That being said, the Meteor still has quite a few things going for it. Let’s take a closer look. Right off the bat, it’s clear to see that the Royal Enfield Meteor 350 carries with it it’s own distinct personality. Boasting timeless lines, a minimalist design, and the unmistakable round retro headlight, this bike hearkens back to the glory days of motorcycling. Royal Enfield offers the Meteor in quite a few attractive color options. This further adds to the character and style which the Meteor brings to the table.

When looking at the bike's silhouette, it gives off a laid-back and relaxed aesthetic. With its slightly raised handlebars, forward set controls, and low seat height, this bike is a true, purebred cruiser. It goes without saying that Royal Enfield has done a remarkable job when it comes to the fit and finish of this motorcycle. It’s safe to say that the Meteor 350 sets the standard for entry-level cruisers when it comes to fit and finish. 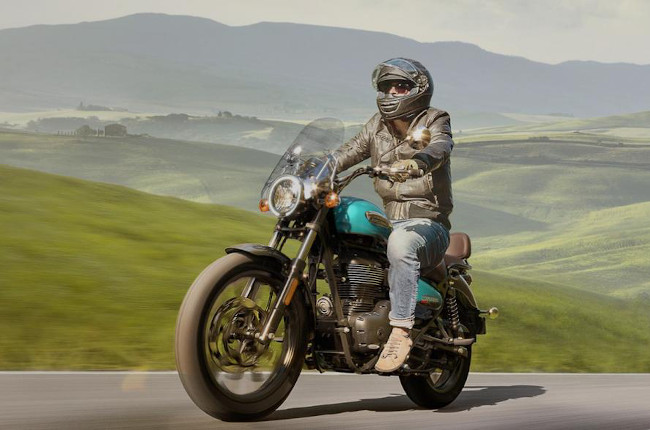 When it comes to overall engine performance, the Meteor shows off rather lackluster performance figures. Now this isn’t necessarily a bad thing. After all, bikes like the Meteor were never meant to blast down the open road at neck breaking speeds. In addition to this, the fact that this bike offers such approachable engine performance means that it will be very easy for beginners and first-timers to swing a leg confidently over this machine.

The Royal Enfield Meteor 350 is equipped with a 349cc single-cylinder, air-cooled motor which pumps out a very docile 20 horsepower. It does, however, feature electronic fuel injection, making it a rather smooth and very efficient ride.

5 things you shouldn’t do while riding a motorcycle Royal Enfield has intentionally left the Meteor 350 as a very barebones motorcycle. When it comes to features, there aren’t any sophisticated electronics, fancy digital displays, and high tech features whatsoever. Instead this bike comes equipped with the bear essentials when it comes to safety features. For starters, it does get anti-lock brakes front and rear, as well as very compliant standard telescopic forks up front, and twin shocks out back.

This bike, however, does come with a nifty future. It boasts the latest Tripper Navigation tech to roll out of Royal Enfield. This turn by turn navigation system is extremely easy to use, and allows you to remain focused while operating the motorcycle. 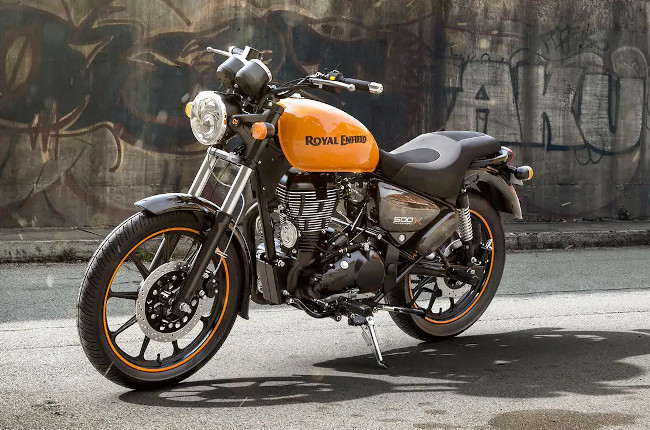 The motorcycling scene, particularly in the Philippines, has a rather solid community. However, Royal Enfield aficionados are on a whole other level. If you own and ride a Royal Enfield motorcycle, you are automatically part of a solid community of enthusiasts who share the same passion for two wheels.

To make things even better, Royal Enfield offers some pretty impressive dealer aftermarket support. This not only ensures that your bike is unique and ready to personalize just for you, but also gives you the peace of mind that your motorcycle is always performing in tiptop condition.

5 things we love about the Royal Enfield Interceptor 650 The Royal Enfield Meteor comes in three variants, all of which provide their own charm and character. The entry-level option, the Fireball, retails for just P232,000. It’s available in either red or yellow color options. Moving up the ladder slightly, we get the Stellar option for P242,000, which comes in black, blue, or red paint options. Lastly, the range-topping Meteor 350 is the Supernova, which comes fitted with a factory windscreen and pillion backrest. Retailing for P252,000, the Supernova variant comes in either blue or brown colorways.