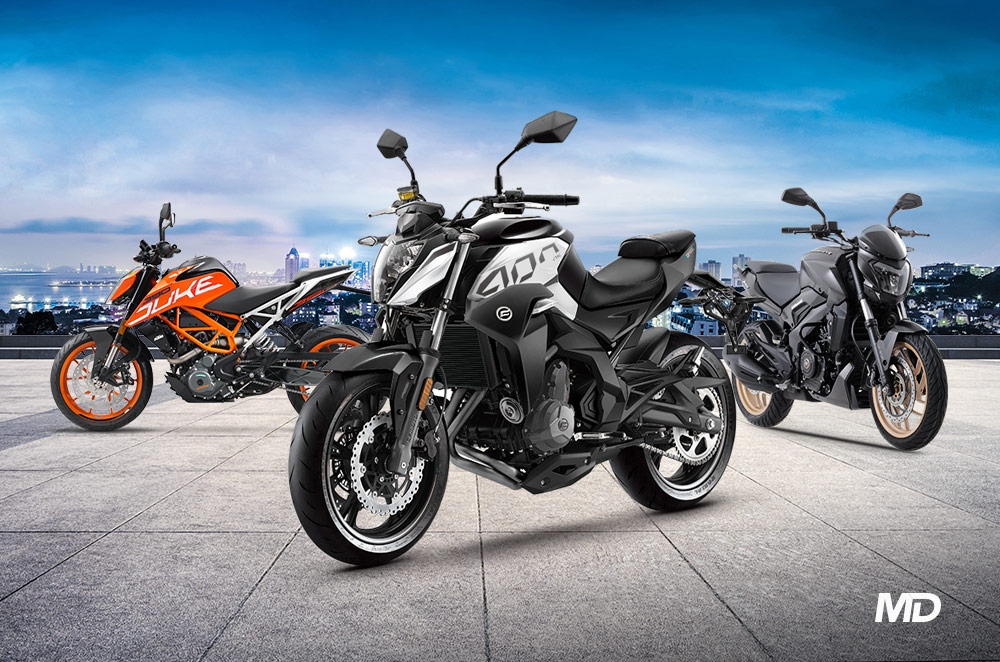 CFMoto, a brand run by Motostrada Philippines, has risen in popularity in the country thanks to many of its stellar and value-packed offerings, especially in the Naked category. While most brands offer expressway-legal motorcycles, the price at which these models come may be out of reach for many. Based on our 2020 Industry Insights for H1, one model in particular from the CFMoto stable towers above almost every other brand and model currently listed on our site, the CFMoto 400 NK. This achievement is quite stellar for Motostrada on the website, as the model surpassed what was the other top-of-mind option consumers had when looking for an affordable expressway-legal motorcycle a few years back, the Kawasaki Bajaj Dominar 400. This setup the NK, with its undisputed 400.4 cc displacement, to enter the highway. A trait that could have played a part in its recent victories at least on our site.

However, we’re not saying that it is based on that attribute alone. With a design from Kiska, a company that is also behind KTM’s motorcycles, we’d be lying if we said that the bike didn’t catch your eye and didn’t have a commanding presence. While there is a similarity, the bike still has its own persona. On top of that, it is also a naked motorcycle, which means its riding position is more conventional and should be easier to get used to. In terms of numbers, the 400 NK handily beat out other big bikes on the site. While it still trailed behind small-displacement commuter bikes by a huge margin, it is surprising to see a bike like the 400 NK trail so close to what are some of the market leaders, the Yamaha NMAX 155, the Honda ADV 150, and the Yamaha Mio Aerox 155, in fact, it is part of our top 10 most popular on MotoDeal, which is a feat on its own, then you think about all the other big bikes that it’s beaten out and its achievement becomes more impressive.

What about the others? Based on our metrics, it seems that aside from the Honda Rebel, at least for H1 of 2020, the most popular type of bike that most people look for when looking for an expressway-legal machine is a naked motorcycle, with a few sportbikes scattered around our top 40.

In hindsight, it would be safe to assume that most users who are unfamiliar with the CFMoto brand who are also looking for an expressway-legal motorcycle want to discover more about the brand and nameplate considering that the CFMoto brand is a newer entrant in the market as compared to other established brands. Either way, it would be interesting to see how Motostrada carry themselves with the noise that the 400 NK has created, at least on the MotoDeal platform for now.