The middleweight adventure bike market offers a wide range of possibilities, especially when looking at the well-known Japanese manufacturers. Unquestionable value for the money can be found in the most off-road competent package conceivable on bikes like the Yamaha Ténéré 700. New Chinese manufacturers, on the other hand, have recently stepped up their game in the ADV market. I’m talking about none other than the CFMOTO 800MT.

It's no secret that CFMOTO and KTM collaborated to design the 800MT. For those who are unaware, the CFMOTO 800MT actually uses an engine that is nearly identical to the KTM 790 Adventure. In light of this, it can be said that the 800MT has technology on its side and is equipped with one of the middleweight ADV segment's most performance-oriented engines. Let's throw these two ADVs against one another in a spec-sheet brawl to see if technology and sophistication triumph against an overengineered, rudimentary adventurer. 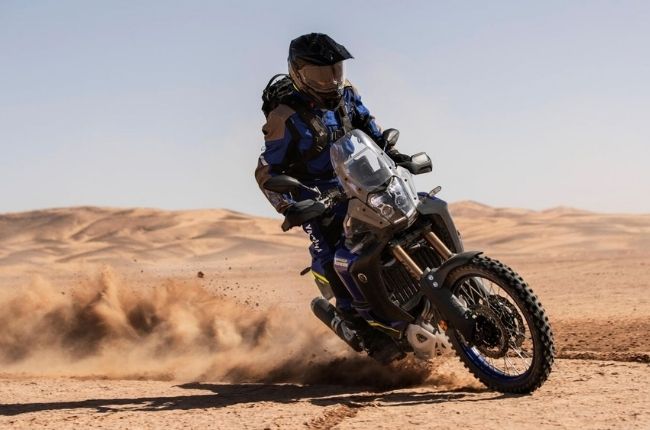 The Yamaha Ténéré is powered by a 689cc parallel-twin engine, but not just any parallel-twin. It has Yamaha's famed CP2 crossplane crankshaft, which produces power and has an identical overall engine feel to a 90-degree V-twin. Some of Yamaha's most well-known big bikes, including the MT-07, XSR700, and YZF-R7, are powered by the same engine. It has a little lower power output of 72 horsepower than the CFMOTO, but it's much lighter and narrower, making it easier to operate and maneuver off-road.

On the other hand, you might be familiar with the CFMOTO 800MT's engine. This engine initially appeared in the KTM 790 Duke, where it won praise for its nimble power, frugal fuel use, and distinctive snarl. The 799cc LC8C iteration produces a good 90 horsepower in the 800MT, placing it in the top tier of performance for middleweight ADVs. The CFMOTO 800MT is by far the most feature-rich model to ever leave the CFMOTO assembly line. It includes some incredibly high-end features, including cruise control, a steering damper, and a bidirectional quick-shifter. The bike's huge, full-color TFT display allows users to adjust between various riding modes, switchable traction control, and cornering ABS capabilities.

In contrast to its more technologically advanced competitors, the Ténéré 700 embraces a simple, no-frills character. The only thing the T7 has is a rudimentary switchable, dual-channel ABS system, plus its rider's skill and tenacity to navigate it across challenging terrain. Naturally, Yamaha includes enduro-style ergonomics, which means a very high saddle height, a set of tubed, yes, you read that correctly, wire-spoke wheels, and long-travel inverted forks from KYB. In terms of pricing, it is evident that CFMOTO outperforms Yamaha. It is not surprising that CFMOTO is able to offer their bikes so competitively given the enormous volume of motorcycles produced and lower production expenses. The 800MT delivers unmatched value for its class at under P515,000 for the Sport model and P565,000 for the Touring option with spoked wheels and tubeless tires.

Yamaha's T7, on the other hand, fetches a significant premium at P619,000. It is expensive and lacks all the technology that the CFMOTO has to offer, as was already described. In the end, you pay for Yamaha's unfailing dependability and an ADV machine that has been overengineered to handle the roughest terrain. In fact, you might even say that the T7 has a throwback vibe about it and that it pays homage to an earlier time in motorcycle history when it was more about rider skill than technology and sophistication.