When CFMOTO released the 700 CL-X Heritage in the local market earlier this year, the Chinese manufacturer made premium performance and charming, retro styling to a greater majority of riders. Sporting the latest and greatest technology from CFMOTO, the 700 CL-C platform boasts middleweight performance and technology in a platform that promises to deliver a fun and engaging ride.

When CFMOTO unveiled the platform to the global market, it revealed three variants—the Heritage, Sport, and Adventure. With the Heritage already available in the market, it seems that the next bike in line is none other than the Sport. With the Sport slated for launch in the European and Australian markets within the year, it isn’t a far-fetched notion if Motostrada will release this bike in the Philippine market very soon.

5 Causes for your motorcycle to tip over With what we know so far with the CFMOTO 700 CL-X Heritage, it’s pretty safe to assume that we can expect the same, if not even better performance from the Sport. It will, more than likely, sport the same 693cc, liquid-cooled, fuel-injected, parallel-twin engine. This particular motor is equipped with a 180-degree crankshaft, and is rated at around 70 horsepower.

Having spent a good amount of time with the CFMOTO 700 CL-X, we can definitively say that this bike punches well above its price bracket. Certainly, if this motor will be featured in a sportier platform such as the upcoming 700 CL-X Sport, it will definitely make for a thrilling ride, and will certainly give bikes like the Honda CB650R and the Yamaha XSR700 a run for their money.

Never wear these 5 things on a motorcycle As it is, the 700 CL-X Heritage is already equipped with some premium features such as Bosch EFI and suspension from KYB. If we, in the local market, will be getting the same trim level of the Sport as what the European and Australian markets are getting, then chances are it will come equipped with adjustable suspension and premium Brembo brakes. This hints at a more performance oriented platform that’s at home on the track and twisty roads. What’s more is that riders looking for a thoroughly engaging, tailor-fit ride can tweak the bike to their specific needs and preferences. 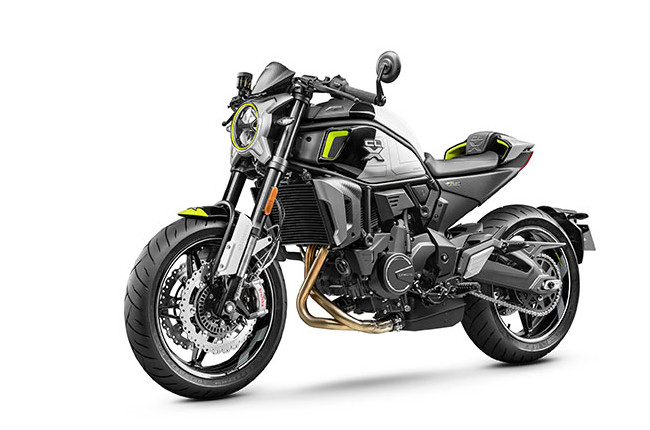 Last but not least, we can expect nothing but head-turning styling from the upcoming bike. We already know how this bike will look, and suffice it to say that it is one of the best-looking bikes in the middleweight neo-retro segment. Having said that, those who will be lucky owners of this new bike if and when it makes it to local shores will be treated to sporty styling by way of low-slung clip-on bars, rear-set foot pegs, and full LED lights.

With the retro-style middleweight naked bike segment bustling with choices, it’s certain that the 700 CL-X Sport will disrupt the market thanks to its premium features, gorgeous styling, and competitive price point. Other manufacturers such as Kawasaki with the upcoming Z650RS, as well as Ducati, with its revamped Scrambler lineup, will surely face stiff competition in the form of the CFMOTO’s CLX range of bikes.