Did you just drop your bike? Do you know why you dropped it, or are you at a loss for words? Are you afraid of dropping your bike? If so, then this is also a list for you. Here are 5 possible causes why your motorcycle’s side could or have kissed the asphalt.

You may have a hard time handling the weight of an adventure bike, or you might have missed the extremely long travel of your cruiser’s side stand. Either that or your sportbike’s clutch is more than you can handle at the moment. Either way, here are some reasons that you can reflect upon.

I just dropped my motorcycle, what do I do?

Did you park it on soft ground? 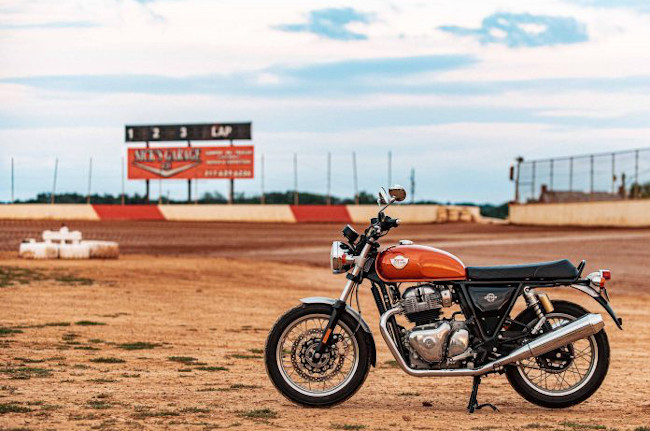 In case you’re out adventuring or you’re in a place that doesn’t have a solid surface to park on, then it’s likely that your side stand dug into the ground and tipped the bike over. It’s common for most motorcyclists to buy a side stand enlarger which adds a little peace of mind for people parking on the pavement and is almost absolutely necessary for bikes that see dirt trails often.

You didn’t deploy the side stand properly

This is probably something that you could have avoided. Perhaps your side stand spring isn’t allowing it to deploy and spring into position. Either that or you don’t have a spring on your stand in the first place. It could also be because your side stand is a little rusted and catching a little too much on the hinge.

Either way, whenever you deploy your stand, make sure that it is all the way out before stepping away from your motorcycle. There is nothing more embarrassing than putting down your side stand and thinking that your bike will stand up only to have it fall at the same time that you get off.

You forgot to put the side stand up Conversely, if you forget to put up your side stand, set off, and turn a little bit to the left, then you’re in for a shock that could tip your bike over. Most modern motorcycles come with a side stand kill switch which will turn off the engine if the side stand is still down and the first gear is engaged, but other bikes and their respective owners like in the case of some cafe racers. Might be in for a bit of a fright.

You pulled the front brake while turning slowly It should be common knowledge among experienced riders for the rear brake to be used while executing slow-speed maneuvers. Pulling the front brake could upset the bike’s balance especially when it is tipped over and turning. Scuffles like these are quite common, and beginners should learn to use the rear brake and balance the throttle.

Sequential gearboxes in motorcycles are not so difficult to master, but there is a learning curve. Beginners may flub a few shifts or fail to feather the clutch well enough during a low-speed maneuver. You may also forget what gear you’re in and stall your engine trying to get it up to speed at the wrong speed and at the wrong gear.

You could also stall out because of your clutchwork. Most likely this is the root cause of a stall. Perhaps your clutch release was a little too abrupt for your motorcycle, or perhaps you weren’t giving it enough throttle. EIther way, your bike’s engine is stalled and on the ground. All you’ll need to do is pick it up, brush it off, and start again.