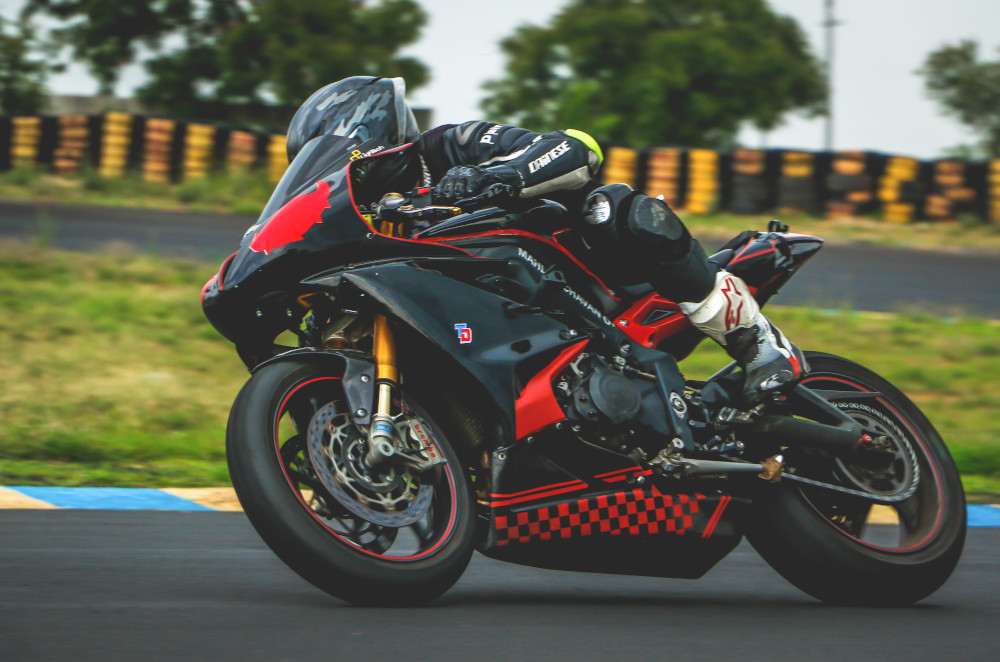 Despite the simplification from four wheels to two wheels, motorcycles are arguably more difficult to control than automobiles. This is due to a multitude of reasons, but to keep it short, motorcycle inputs have to be managed carefully in order to keep the rider balanced and fully in control when accelerating, braking, and cornering. One important aspect of controlling your motorcycle is the braking system—the rear brake and front brake can be controlled independently. Ask any veteran rider and you will know that controlling each independently brings a ton of benefits in motorcycle control. Each has its own purpose and if you’re curious to know how you can get a better hand at controlling your motorcycle, check out what we have to say below.

Why we have two brake inputs 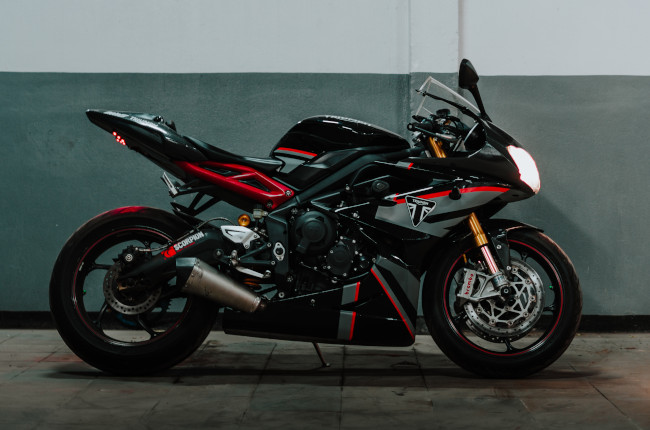 The braking system of a car is a lot simpler than a motorcycle’s braking system. Simply slam one foot on the brake pedal, and brake pressure is immediately distributed to all four wheels in an appropriate manner. While motorcycles typically have independent brake systems, there are some motorcycles and scooters which also come with a similar setup: the Combination Brake System (CBS), where activating the front-right brake lever will engage both front and rear brakes. This is not a mainstream addition, however, and the majority of motorcycles out there still come with independent brake systems. There is a ton of speculation out there as to why, but the way we see it, there are only two real reasons why we still have two independent brake inputs: cost and the fact that motorcyclists aren’t actively looking for combination brake systems.

The combination brake system is a lot more costly than your typical independent brake system. The addition of extra brake cables, proportioning valves, and routing for the anti-lock brake system (ABS) makes the CBS module an expensive piece of equipment. For motorcycle manufacturers to continue selling motorcycles at affordable prices, this is a piece of equipment that can be done without. On top of that, motorcyclists just aren’t looking for a CBS module, to begin with. For many, the independent brake system not only does the job just fine but also comes with some added benefits such as a sharper feel on the front brake and better control for performance from having two inputs independently. As such, most motorcycles still come with independent brake systems. As a new or curious rider, however, it may still be a bit confusing under which scenarios to use either of the two.

Why do motorcycles have two separate brakes? 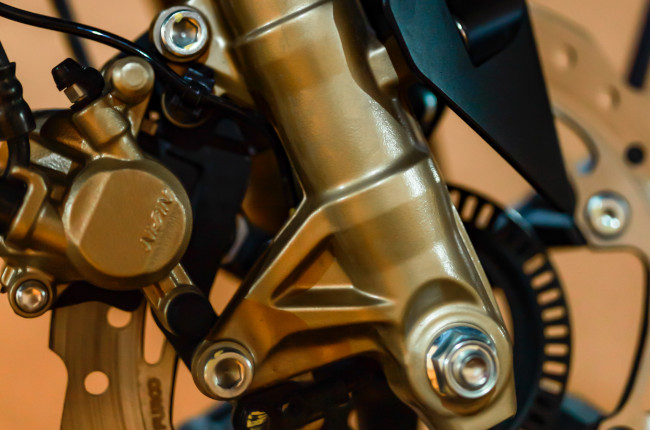 The front brake is what does most of the work to get your motorcycle stopped to a halt, which is why it is also equipped with a larger front disc and brake pad. There are also fewer chances to lock up your front wheel than your rear wheel on heavy braking. When you use your front brake, rider and motorcycle weight naturally leans over to the front and squeezes your tire onto the ground—meaning more grip. This allows the rider to add more and more brake pressure to the front without worrying about losing grip on the front and locking up the tire. More experienced riders also use the front brake to fine-tune their line through a corner. Feathering the front brake appropriately through corners is a technique called trail braking, and doing so can help sharpen your line mid-corner if needed.

That being said, using the front brake does come with its own complexities. For example, when your handlebars aren’t straight such as when doing low-speed maneuvers or through corners, hard use of the front brake can destabilize the motorcycle and cause you to lean to one side more than needed—and will cause a fall. Additionally, excessive use of the front brake will inevitably cause a lock-up. If you’re traveling in a straight line and your motorcycle is equipped with ABS, this won’t generally be an issue. However, if you are cornering when this happens, your front tire can easily lock up and lose grip and cause you to fall on the pavement. Your front brake has to do most of the work to get you stopped, but know that it does come with its own responsibility of using the majority of the braking force only on a straight line. That being said, which of the two brakes should you use more? If we were to answer this question straightforwardly, the front brake should be used more when stopping your motorcycle in a straight line or when trimming your line through a corner. The rear brake on the other hand should be used more for when you need to balance your motorcycle through low-speed maneuvers or when you need to widen your cornering line. However, usage of the brake system isn’t as black and white real-world scenarios. New riders can follow this principle of when to use the front or rear brakes more than the other, but as you begin to understand your own riding style and the practical purposes of each brake system for you, usage of both brakes, together or independently, becomes a tailor-fit protocol to your own style and needs.