Manufacturers have been cooking up many ways to keep motorcycles safe in almost any situation. While we do have standard ABS as the, well, standard for most motorcycles in the world, that hasn’t stopped manufacturers from innovating and packing even more tech into bikes.

Unfortunately, that technology comes at a premium, and it’s only at the more expensive spectrum do we see bikes get this feature as standard. So the question is if cornering ABS is on the specialist of one of your choices, is it worth the investment?

What is cornering ABS? 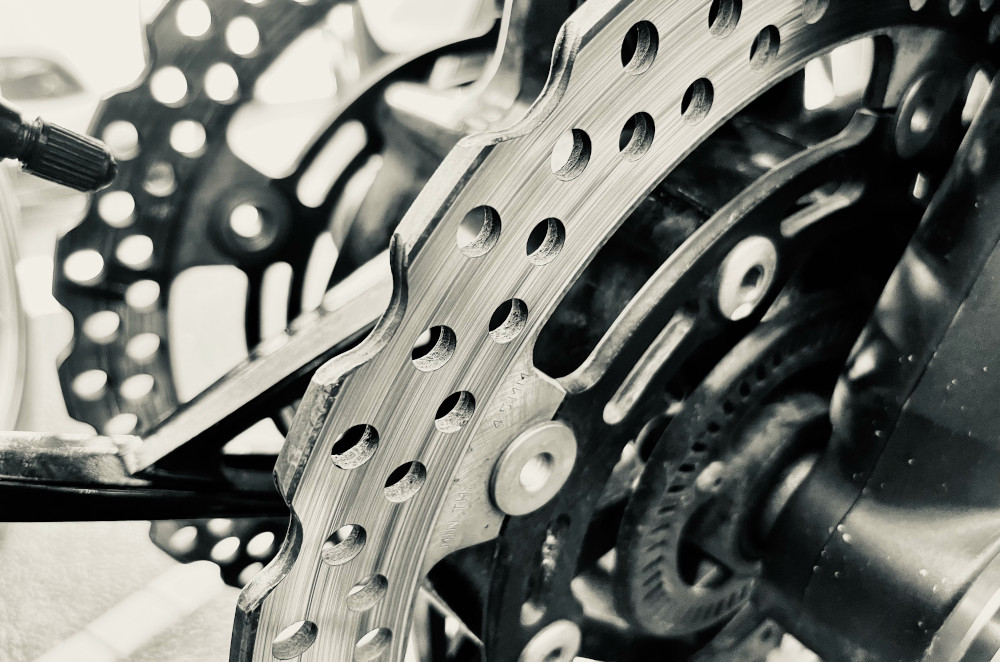 Before we dive into what cornering ABS is, we first need to unpack what is standard ABS is, which is an anti-skid braking system that keeps your wheels spinning in order to maximize traction under sudden braking. We have to remember that a tire in contact with the ground has more grip while rolling than while skidding. That’s why it also pays to have a good set of tires on your motorcycle, as quality rubber will stop sooner than cheaper alternatives.

What ABS does is that it cuts the brake force from the lever to the caliper momentarily to allow the tire to regain traction. The system does so in increments, the likes of which depend on the brand that the system is from. Some ABS modules tick at a fast rate, while others tick slowly. As far as standard ABS goes, the system is dependent on only a few sensors, the primary of which is located at the wheel to sense the slip coming from the wheel.

Now, if you take standard ABS, and pair it with accelerometers, gyroscopes, and other sensors, you can get a system that is situationally aware throughout the ride. The reason why it is called cornering ABS is that it saves riders better than the standard system that is primarily more effective in a straight line.

Hard braking mid-corner is not advised as it can upset the balance of the bike and overload the tires which can lead to a low side. Cornering ABS gives the right amount of braking force and pressure in order for the tires to keep traction and keep a rider’s line throughout the turn. Traditional ABS systems will keep a rider on the bike but may keep a rider going straight instead of true to the turn.

So is it worth it? Without getting too much into the ins and outs of riding, the real answer is that it depends. With faster bikes, cornering ABS is a definite must simply because the faster your bike can go, the more you need to rely on your brakes in order to facilitate yourself through a turn. That being said, it also depends on how you ride, but it’s highly unlikely that a small-displacement bike will come with such a system.

We believe that all motorcycles at certain price points should come with ABS as standard, and not as an option. For more premium scooters out there like the Yamaha NMAX 155, or the Honda ADV 150, we believe that ABS should be the norm, but not necessarily cornering ABS.

Faster bikes like the KTM 790 Duke or the Ducati Monster 937 come with cornering ABS as standard, and for good reason. Faster bikes leave less room for error, especially when at a turn. Because you are going faster on the straights and will require more braking force before entering a turn, it’s quite likely that you could end up braking a little too late and find yourself on the lever slowing down mid-corner.

In summary, it is worth it for a bike to get cornering ABS, but only if the bike itself is at a performance level wherein a rider may need an extra safety net should he find himself a little too fast mid-corner. Other than that, it can save you and your motorcycle from suffering from a low-side crash, and it can potentially give you fighting chance should an obstacle come out on the road, and you need to slow down midway through a corner.