Naked bikes are unquestionably one of the most popular motorcycle segments. What's not to like about that? You get the performance of a sportbike with the comfort of a regular roadster. This balance of performance and comfort results in a platform that is incredibly adaptable and can handle almost any task you throw at it. The MV Agusta Brutale 1000 is more than just a gorgeous machine, with its athletic stance balanced by looks and performance. It's a good-looking bike that can take you anywhere in total flair and insane performance. It comes in two versions: the RS, which costs P1,700,000, and the RR, which costs P2,200,000.

The bike is equipped with a powerful 998cc engine that produces 208 horsepower and 117 Nm of torque. A conventional six-speed transmission with a slipper clutch and bidirectional quick-shifter gives power to the back wheel. The Brutale 1000 is equipped with an Anti-lock Braking System (ABS), traction control, slipper clutch, immobilizer, active suspension, and a steering damper, among other safety measures. This naked bike comes with plenty of standard features, such as a digital gauge, keyless ignition, and front and rear disc brakes. A GPS system, phone connectivity, cruise control, several riding modes, and other features are included in addition to the fundamentals. 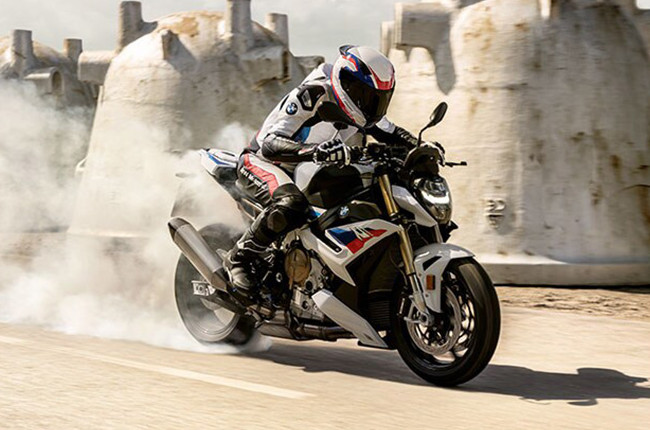 The BMW S 1000 R offers unrivaled handling and performance. The aggressive look of this naked bike is combined with sheer riding enjoyment. Its ferocity is complemented by its sporty design. The basics, such as an LED headlamp and indicators, as well as a full-color TFT digital gauge, are also included as standard equipment. Aside from that, cruise control and a set of lightweight 17-inch rims are included.

The BMW S 1000 R offers unrivaled handling and performance. The aggressive look of this naked bike is combined with sheer riding enjoyment. Its ferocity is complemented by its sporty design. The basics, such as an LED headlamp and indicators, as well as a full-color TFT digital gauge, are also included as standard equipment. Aside from that, cruise control and a set of lightweight 17-inch rims are included. The Ducati Streetfighter V4 was debuted at the Ducati World Premiere in 2019 and has quickly become one of the most sought-after performance bikes on the market. This attractive naked bike is known as "The Fight Formula" because it features a Desmosedici Stradale Engine, winglets, Panigale V4 Electronic Suite, and naked stance for maximum track performance. It is available in two versions in the Philippines: ABS, for P1,395,000 and S, for P1,590,000.

The Ducati Streetfighter V4 is powered by a 1,103cc Desmosedici Stradale 90-degree V4 liquid-cooled engine that produces 208 horsepower and 123 Nm of torque. A 6-speed manual transmission is then connected to the power mill. The Streetfighter V4 Standard comes with Showa BPF front forks and Sachs rear suspension, while the S model comes with Ohlins suspension on both ends. The S also has a lower dry weight of 178 kilograms, compared to 180 kilograms for the base model. 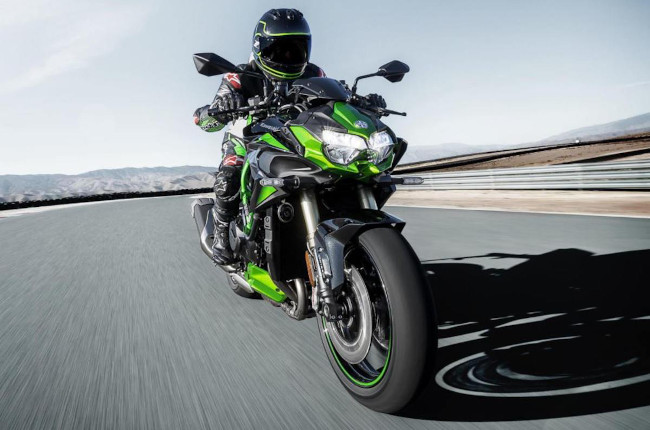 The Kawasaki Z H2 is a hyper naked sport bike created by a collaboration between Kawasaki Heavy Industries' Motorcycle Company, Gas and Turbine Division, and Aerospace Division. This powerful big bike is designed to provide riders with a taste of road thrills and pleasure. The cost of this powerful equipment is P890,000.

The Kawasaki Z H2 features a supercharger for an even more intense, performance-oriented experience. It is powered by a 998cc liquid-cooled 4-stroke DOHC supercharged gasoline engine with a maximum output of 197 horsepower and 134 Nm of torque with a 6-speed manual transmission. The bike comes with top-of-the-line technologies including cornering ABS powered by an IMU, cornering traction control, assist and slipper clutch, and a bidirectional quick-shifter. Kawasaki's three-mode Launch Control is also included. 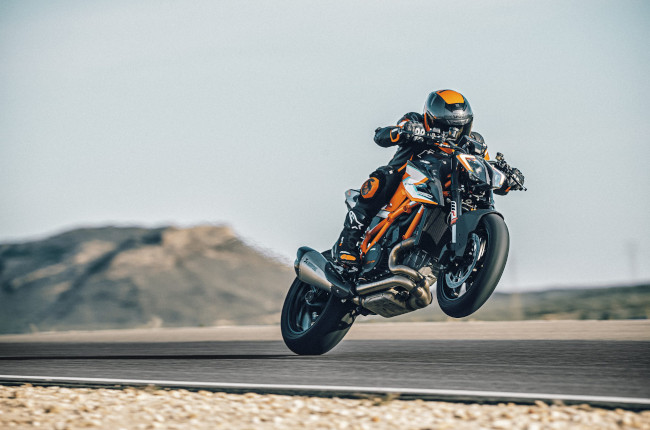 The KTM 1290 Super Duke R is a sleek naked bike with some of the most outstanding specifications in the industry. A four-way adjustable handlebar is included for the optimal riding position. A command center takes center stage here, accessible via the bike's 6.5-inch full-color TFT instrument screen, where suspension settings and riding modes can be altered with the touch of a button.

The bike has plenty of power, thanks to a two-cylinder, four-stroke DOHC 1,301cc engine that produces 158 horsepower and 140 Nm of torque. A 6-speed gearbox with a hydraulic clutch then transfers the power to the wheels. A sportier exhaust is also available for that more engine sound and a 1.5-kilogram weight savings over the basic exhaust. Anti-lock braking (ABS), stability control, a tire-pressure monitor system, and LED cornering lights are all standard safety equipment. Disc brakes are included as standard equipment.