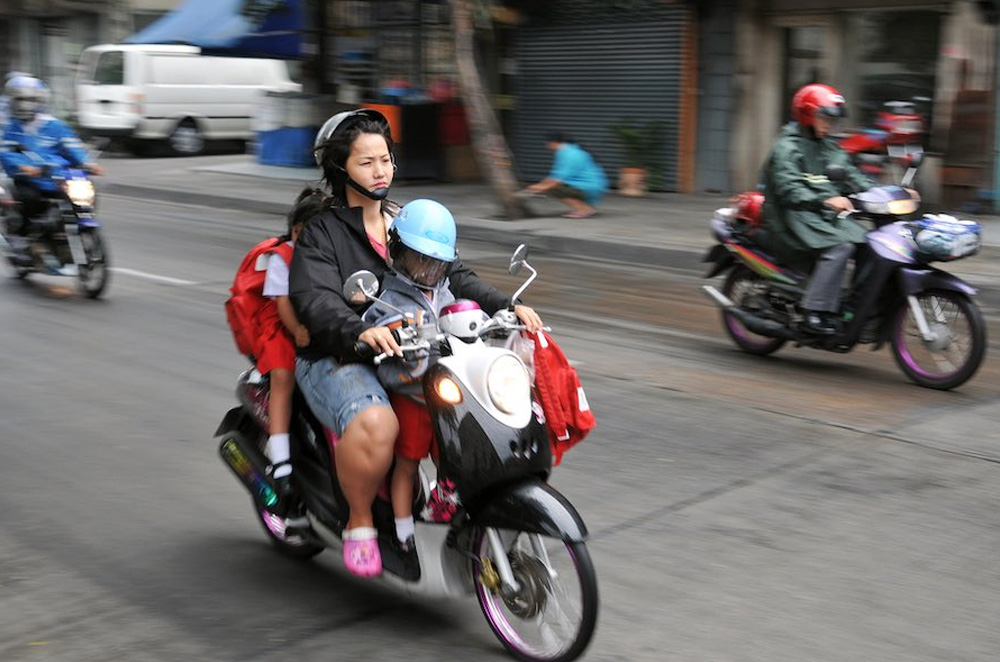 It’s an all-too-common sight on Philippine roads and in many developing countries. Small children riding motorcycles can be a worrying sight especially if they’re simply perched on top of the bike without the necessary equipment or contact points.

Riding a motorcycle is dangerous for all ages, adults and children alike. Parents must assume responsibility for their kids in every situation, and it’s the reason why bans are set in place under the Republic Act 10666 otherwise known as the Children’s Safety on Motorcycles Act of 2015. Signed on July 21, 2015, and put into effect on May 2017, the Children’s Safety on Motorcycles Act of 2015 bans motorcycles to be driven with a small child on board, specifically children whose feet cannot reach the passenger footpegs and wrap their arms around the driver’s waist, as stipulated in the act’s Implementing Rules and Regulations (IRR).

On top of that, the act also states that these children must wear protective gear and adhere to the dress code associated with motorcycles, which includes closed-toed shoes and a helmet at the bare minimum. The law will cover all public roads including those that have a high volume of traffic, or where the speed limit is in excess of 60 km/h. Also, overloading is also illegal on a motorcycle which means that the child should be the only passenger on the motorcycle.

Children must also never ride in the front of a motorcycle, like a scooter’s footwell. As such, all passenger accommodations which include a rear seat and footpegs must be used by the child.

Exceptions to the rule will allow for the transport of a child seeking immediate medical attention. The dangers of riding with children

While motorcycling can be a fun activity, there are also other dangers associated with child passengers on a bike even if they’re able to meet the minimum requirements set by the IRR of RA 10666.

The dangers of children riding a motorcycle 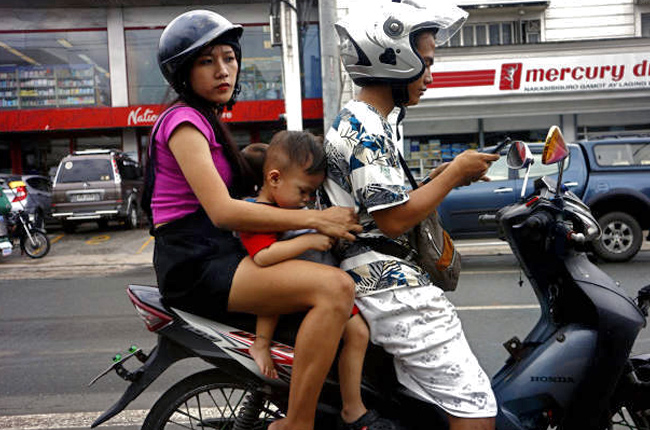 Still, as a parent, you want your child to at least familiarize themselves and explore the world in front of them. There is merit to teaching a child to properly act around motorcycles, and perhaps one day on a motorcycle. Before anything, however, always remember that safety is the number one priority when riding a bike, and parents can serve as the greatest teachers in this regard lest experience handles your child’s learning for you.

Drivers must ride defensively to ensure safety, but even then that becomes difficult with a passenger that is reluctant or doesn’t want to be on a motorcycle in the first place. Communication is key, and a child flailing and throwing a fit at the back of a bike is a very dangerous position to be in.