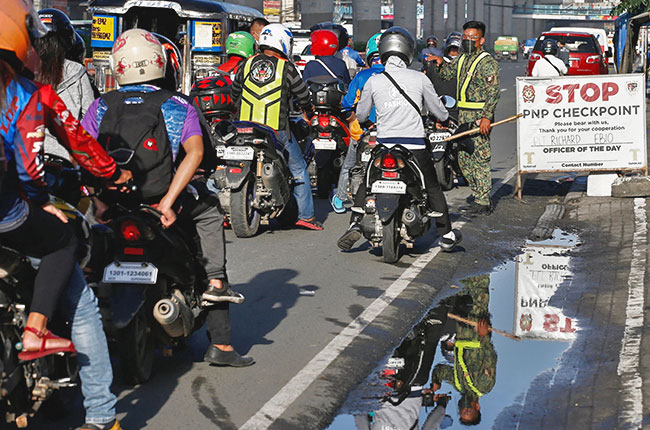 If you’re not aware at this point, there are many ways for you to get a traffic ticket while riding your motorcycle. If you’re one of the lucky few who, until now, has yet to be issued a traffic ticket, then congratulations. Be sure to keep up the good work and continue riding safely and responsibly. That being said, every day is a new day, and there’s no telling if you’ll all of a sudden let your guard down.

With lockdown restrictions beginning to ease slightly, and travel slowly being reopened, chances are some of us are rusty when it comes to remembering the rules of the road. With that, allow us to give you a little bit of a refresher. Let’s take a look at some traffic violations that are sure to get you a ticket.

Checkpoint etiquette: How to avoid getting in trouble on a motorcycle To make things worse, if your motorcycle does not have a license plate, this automatically warrants a ticket, and in some cases, could even result in your motorcycle being impounded until such time you can procure the necessary registration documents. As such, it’s best to always make sure your bike has its license plate securely installed—whether it’s a temporary plate or your permanent license plate—to avoid the hassle of having to settle the violation, or worse, getting your bike out of the impound lot.

How to take Instagram-worthy photos for your motorcycle The next violation on our list pertains to defective or non-working lights. Be it up front or out back, all motorcycles must be outfitted with functional illumination, particularly, yellow or white headlights at the front of the vehicle, with red tail lights and functioning brake lights at the back. Now, it’s pretty obvious as to why these lights are required, so if you’re riding around without any lights, then you certainly deserve that ticket.

Riding a motorcycle with defective lights isn’t just a recipe for disaster for yourself, but also for the law-abiding motorists around you. At night, a motorcycle without any lights can be as easy to miss as a needle in a haystack. This dramatically increases the risk of getting into an accident, and of course, ain’t nobody got time for that!

Here's why riding with busted lights is a recipe for disaster This next one’s kind of a no-brainer, kind of like how you’d end up if you got into a crash without wearing a helmet—you wouldn’t have a brain anymore. Guys, seriously, even today, with how quickly information spreads online, we still continue seeing motorcycle riders on major thoroughfares such as EDSA and C5 riding without a helmet. A lot of people argue that helmets hardly do anything to protect you in the event of a crash. However, hundreds, if not thousands of tests conducted all over the world prove that helmets drastically increase your chances of survival in the event of a crash. So please, spare yourself the hassle of a traffic ticket, or worse, a hefty hospital bill, and wear your helmet, even if it’s just a short ride around town.

Riding on the bike lane 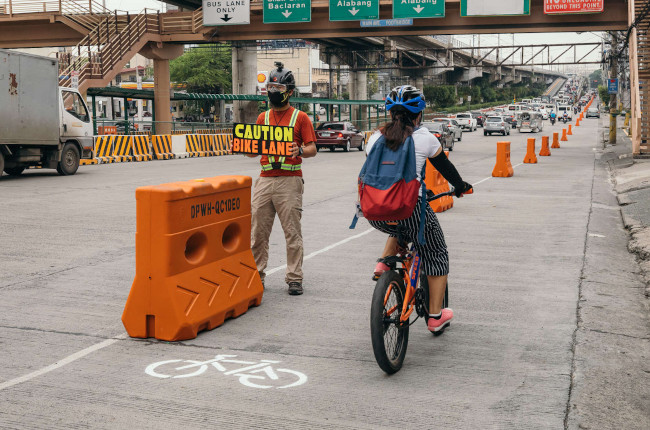 The turn of events in recent years has given rise to the increasing popularity of bicycles. For us motorcyclists and car drivers, this means sharing the road with more people. The government has developed infrastructure to cater to the needs of cyclists in the form of bike lanes around major thoroughfares and city streets. However, it turns out that a good number of kamote riders choose to use the bike lanes as their own personal expressway.

Obviously, bicycle lanes are meant for bicycles, and riding your motorcycle on the bicycle lane is not only dangerous, but outright illegal. As such, a traffic ticket with a hefty penalty of P500 is awarded to those who are caught driving or riding on the bike lane—we honestly think this should be even higher.