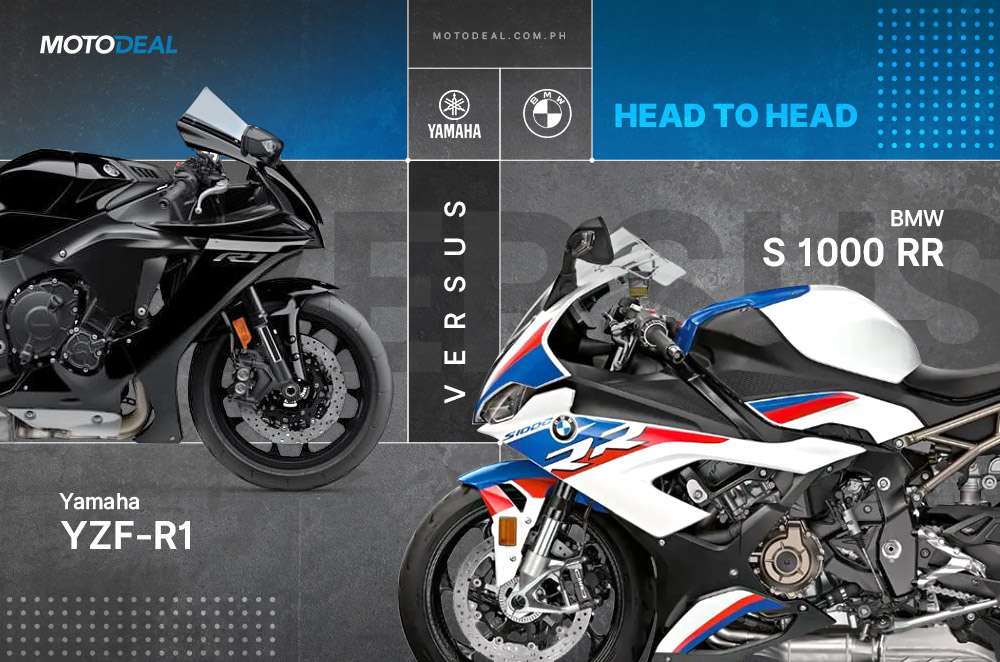 The Yamaha YZF-R1 first entered the picture in 1998 when the concept of going fast on a motorcycle was reserved for the most die-hard and borderline crazy of two-wheeler aficionados. It pretty much set the standard for what we know today as the superbike. Some eleven years after Yamaha debuted the R1, German motorcycle giant BMW revealed its own interpretation of a cutting edge superbike. Back then, theS 1000 RR set the benchmark for a technologically advanced, precision racing machine, and seemed like it was leagues ahead of any other bike in the market.

Fast forward to 2022, and both the Yamaha YZF-R1 and BMW S 1000 RR have massive following all across the globe. Both these bikes feature cutting-edge, state-of-the-art electronic aids and power that’s nearly incomprehensible to mere mortals. All that being said, these two bikes cater to very similar audiences, albeit with slight differences. Let’s take a closer look at these two superbikes, and determine which one is better for you. 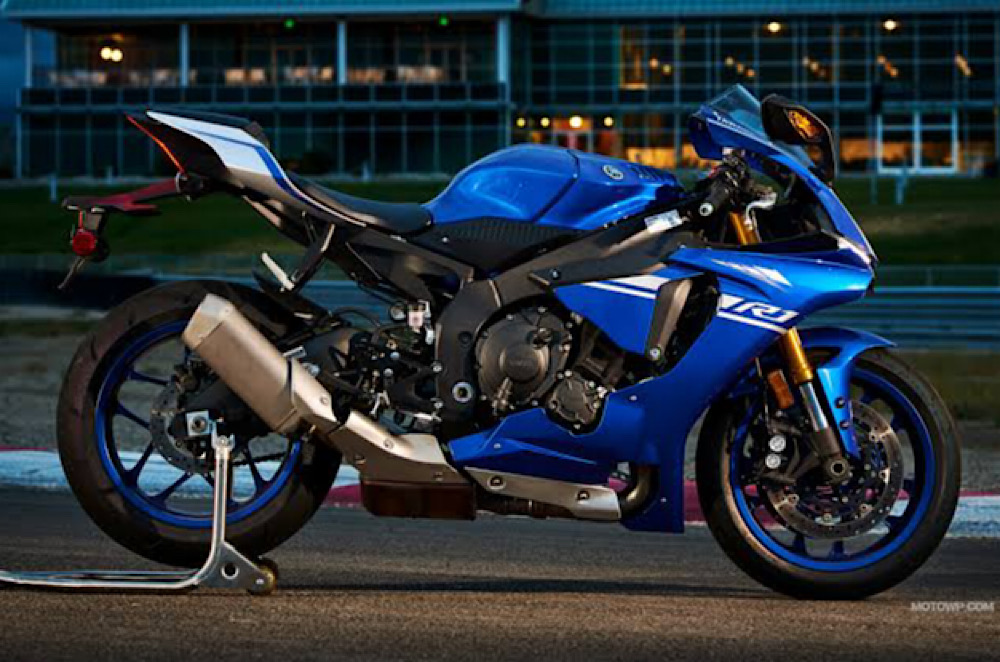 Kicking things off with the heart of the superbike, performance, both these bikes have astounding power and torque outputs, however, they deliver power in very distinct ways. Let’s look at the Yamaha R1 first. Today’s Yamaha YZF-R1 is equipped with the tried and tested 998cc inline-four cylinder engine best known for its crossplane crankshaft. Codenamed the CP4, it’s one of the most soulful and punchy inline-four engines out there. In the YZF-R1 specifically, it churns out a whopping 198 horsepower and 112.4 Nm of torque. This power is readily available low in the rev range, as the crossplane crankshaft gives the engine the sound and power delivery characteristics of a V4 engine.

While the YZF-R1 is best known for its angry, grunty engine, the BMW S 1000 RR, on the other hand, is known for its smooth, refined, and linear engine. Yes, it’s a similar powerplant, taking the form of a 999cc inline-four, however, it gets a more traditional flat-plane crankshaft meaning it produces a more familiar exhaust note, and delivers power in a very linear and predictable fashion. With 207 horsepower on tap, the S 1000 RR is one of the fastest superbikes in the world. This makes it perfect for those looking to perfect their lines on the race track, or those simply looking for a razor-sharp motorcycle to have a blast with on the canyons.

When is the best time to buy a new motorcycle? 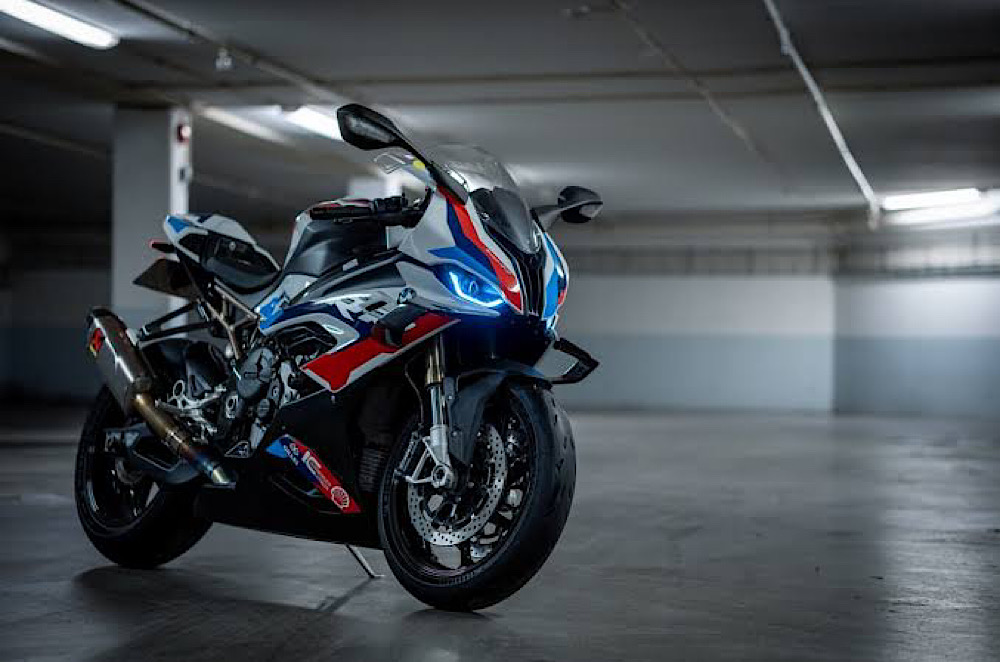 When it comes to features, both these bikes sit at the bleeding edge of technology. The Yamaha YZF-R1 is, however, bested by the S 1000 RR which comes with a superior electronics package complemented by a full-color TFT instrument panel that looks like it came straight off a WorldSBK racing machine. WIth the flick of the intuitive BMW switchgear, the bike’s multiple settings can be adjusted and tailor fit to your riding preference. The S 1000 RR boasts features such as cornering ABS, traction control, multiple ride modes, and a sophisticated DDC, or Dynamic Damping Control feature that’s built into the bike’s premium suspension which features a full range of adjustability.

Just like the S 1000 RR, the YZF-R1 also gets throttle-by-wire, multiple ride modes, and a six-axis IMU which governs features like cornering ABS, traction control, front wheel lift control. Additionally, the R1 also gets an up and down quick-shifter as standard. The R1, however, presents itself as a much more raw and visceral machine, as against the S 1000 RR’s smooth and refined power.

Looking to get a big bike as your first motorcycle? You may want to think twice 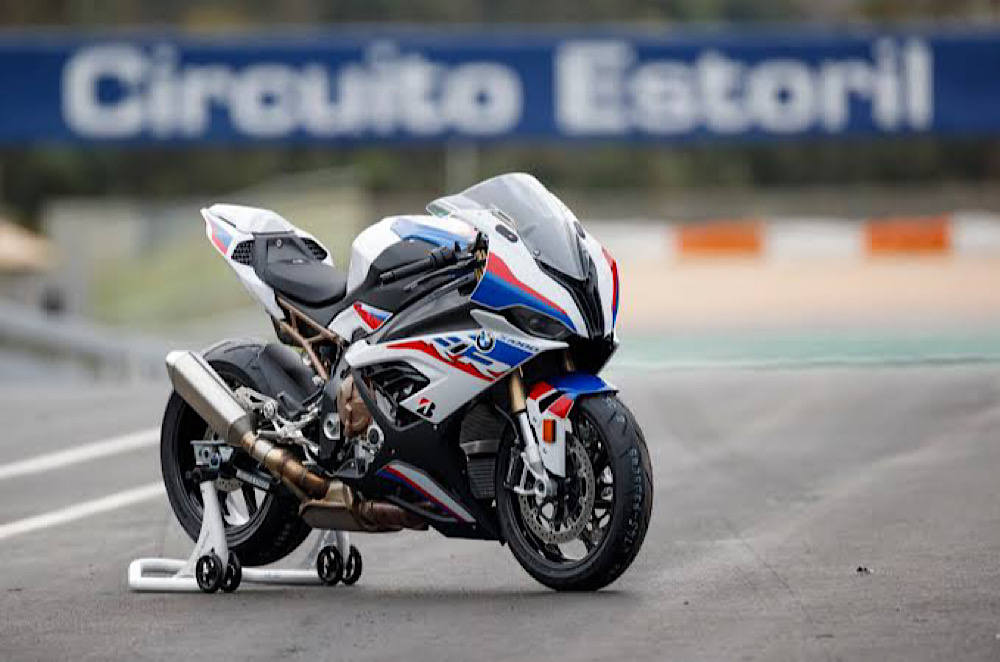 As is the case with most things, the more tech, the more expensive. This is especially true in this comparo, wherein the BMW S 1000 RR, with all of its fancy, race-ready features gives it an extremely steep price tag. BMWs have always been known to be pricey, premium machines, and the BMW S 1000 RR, with its price tag starting at P1,555,000, is a testament to this. That said, you’ll be getting a machine that sits at the very, very top of performance and technology. When in the hands of a seasoned track rider, the S 1000 RR is virtually unstoppable on the race track.

Meanwhile, the YZF-R1, despite being a technological marvel in and of itself, presents itself as a more raw and visceral machine that’s equally dramatic as it is precise. The raw, unmistakable sound of the crossplane inline-four engine is a favorite among motorcycle enthusiasts, and its price tag of P1,099,000 means it’s nearly half-a-million Pesos cheaper than the S 1000 RR. This makes it one of the more value-for-money offerings in the superbike segment, with unrivaled reliability and aftermarket support to boot.