These days, motorcycles are no longer restricted to two-wheeled vehicles. In recent years, there have been a slew of spectacular, performance-oriented three-wheelers that are, for all intents and purposes, motorcycles. The Yamaha Niken 900, for example, has a two-wheel configuration up front and a single wheel at the back, with the engine power being transferred to the ground. Other vehicles, like the Can-Am Spyder, make it simple for riders with no prior experience on two wheels to enjoy the freedom of putting on a helmet and going for a ride.

Now naturally, there are many types of three-wheelers, and they come in all sorts of shapes and sizes. When it comes to accessing our country’s toll roads, also known as the expressways, there are several limitations. Now, the existing 400cc and above rule is something we’re all familiar with. Something similar applies for three-wheelers. Yes, high-capacity three-wheeled motorcycles are allowed to use the highway—but not all of them are. Which ones are allowed, you ask? Well, read on to find out.

Three-wheelers 600cc and up now allowed on tollways

The two main types of three-wheelers 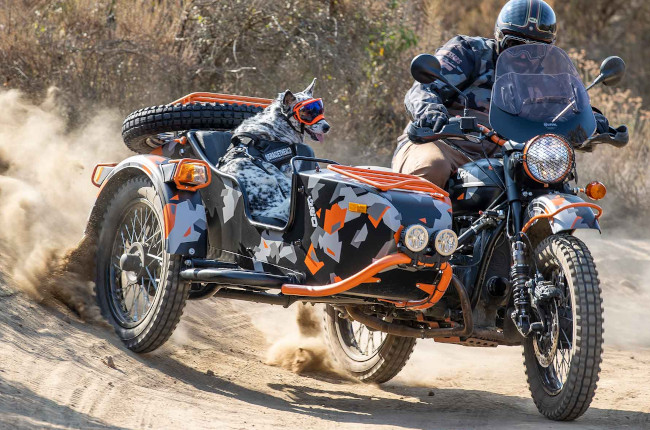 Let’s start things off with discussing the two main types of three-wheelers. For starters, just like your conventional tricycles, there are three-wheelers classified as motorcycles with sidecars. It’s easy to see what this is by simply looking at the category or body type listed on your vehicle’s Certificate of Registration (CR). For most of us who own standard two-wheelers, it’ll be listed as “Motorcycle Without Sidecar.” Now, for those not in the know, a sidecar is attached to the side of an otherwise standard motorcycle. It comes with an additional wheel, which is usually in-line with the motorcycle’s rear wheel to provide balance. As such, the single front wheel is in charge of steering the vehicle, and the motorcycle’s natural ability to lean into corners is taken away.

Next we have symmetrical three-wheelers, or those with either two wheels up front and one wheel at the back, like the Can-Am Spyder or the Yamaha Niken 900; and those with one wheel up front and two wheels at the back, like the Harley-Davidson Tri-Glide. Now these things come out of the factory equipped with three wheels, and are far more capable of traveling at higher rates of speed given their symmetrical construction and more even weight balance. 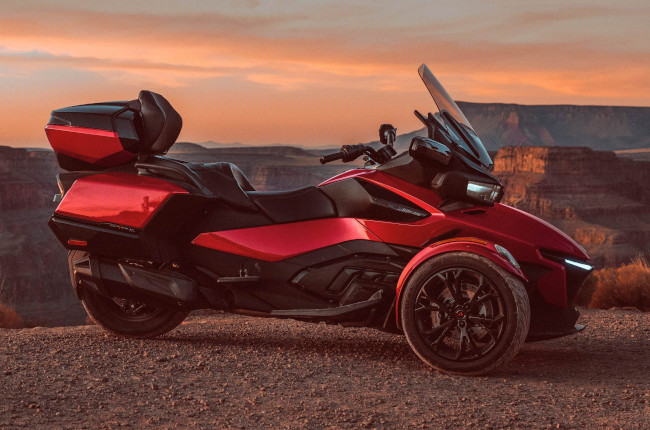 The Department of Transportation (DOTr) issued a directive in May 2021 allowing three-wheeled vehicles to be used on expressways if they meet the minimum displacement limits of 600cc. The Department of Transportation recognizes the changes and advancements in technology in symmetrical three-wheelers and has deemed them safe for use on Philippine highways under Administrative Order 2021-006, titled "Supplemental Rules and Regulations Governing the Use of Limited Access Facilities by Motorcycles."

This leads us to the following aspect, which may be disappointing to traditional sidecar enthusiasts. Only three-wheeled vehicles with a symmetrical chassis will be granted access to the expressways, according to the new administrative order enabling their usage on the route. That means that sidecars, no matter how powerful their engines, will be denied access to the expressways. To make it clear, some models that are allowed to use the expressway include the previously mentioned Can-Am range of three-wheelers, the Harley Tri Glide, Yamaha Niken 900 GT, and the Polaris Slingshot, which handles and feels more like a car, actually.

Is a 400cc motorcycle too big to start on for beginners? That being said, sidecars are, unfortunately, currently still not allowed on the freeway, no matter how big their engines may be. Several classic bike enthusiasts fit factory-produced sidecar kits on classic machines such as the BMW R65, and other vintage motorcycles. Ural, too, an iconic Russian three-wheeled motorcycle manufacturer builds high-displacement sidecar-equipped motorcycles out of the factory. Unfortunately, for now, these vehicles are limited to service roads and city streets where standard tricycles are allowed to operate.