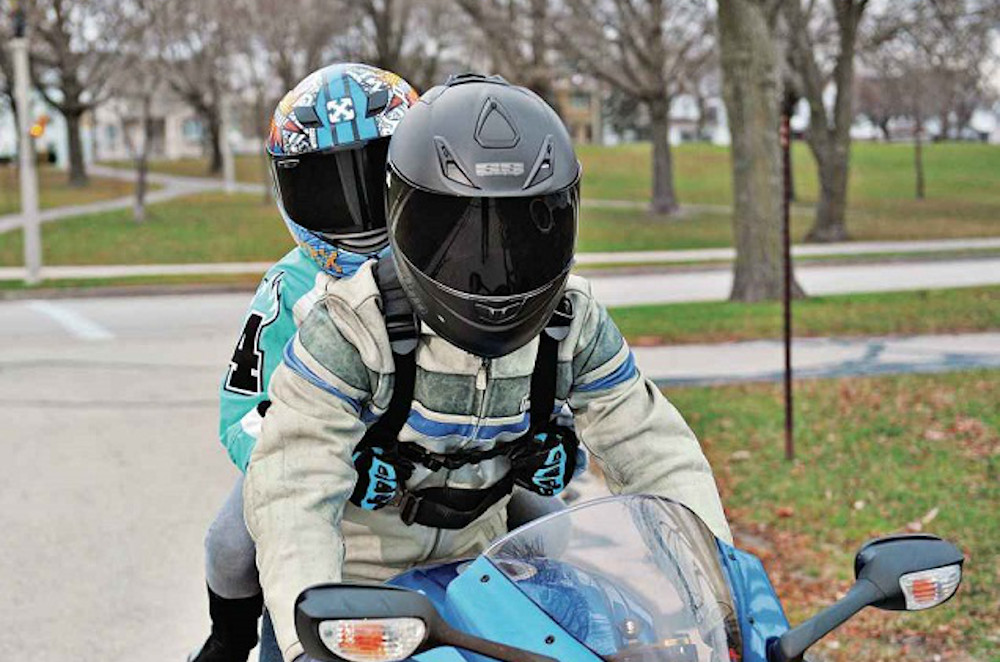 If you’re into motorcycles, and also happen to be a parent of a young kid, it's more than likely that it has crossed your mind whether or not you’re allowed to take your little one for a joyride aboard your two-wheeled steed. Now, certainly, you’ve taken your child for quick rides around the neighborhood—no harm in doing so, as you could certainly say that you’re still well within the confines of a rather controlled environment.

That being said, what if you want to take your kid out on a joyride to a further place, say a ride out of town to a nearby al fresco restaurant, or to a farm somewhere in Tagaytay or Batangas? Well, today, we’re going to discuss whether or not you’re legally allowed to take the little ones out aboard your two-wheeled machine. We’re gonna dive in on what the law has to say, as well as a few things to consider when taking your kids out on joyrides, so read on to find out.

What does the law say? For starters, let’s clear the air and address the elephant in the room. Is it legal for you to take your child out on a ride as a passenger on your motorcycle? Yes—but, and it’s a big but, there are several things to take into consideration. In 2015, the government enacted the “Children’s Safety on Motorcycles Act." According to the decree, "the State shall adopt a more proactive and preventive strategy to protect the safety of passengers, especially minors, by controlling the operation of motorbikes along roads and highways."

The act explicitly highlighted three things pertaining to the topic of children on motorcycles. For starters, it states that “The child passenger can comfortably reach his/her feet on the standard foot pegs of the motorcycle”. This means that in order for a child to be allowed to ride a motorcycle, he or she must be physically large enough to comfortably fit on the pillion seat, with their feet firmly planted on the foot pegs. Do note that no modifications to the foot pegs can be made in order to accommodate a smaller child.

The next clause is as follows: “The child’s arms can reach around and grasp the waist of the motorcycle rider.” This means that the child must also be big enough to hold firmly onto the driver. Of course, this is also dependent on the size of the driver, so it’s clearly a case-to-case basis. Last but definitely not least, the act states that a child can ride as passenger so long as “the child is wearing a standard protective helmet referred to under Republic Act No. 10054, otherwise known as the "Motorcycle Helmet Act of 2009." Pretty straightforward, isn’t it?

A few things to consider So there it is, as clear as day. Kids are allowed to ride as passengers on a motorcycle provided that they are big enough and physically fit enough to do so. However, this doesn’t mean that you can throw caution out the window and take your kid along on your next motorcycle ride. There are, indeed, a few things you must consider before even thinking about having your kid tag along when you’re out for a ride. For starters, make sure they actually want to go on a ride. There’s nothing more frustrating than a kid that keeps nagging you to go home. This isn’t just annoying, but can also be dangerous as it can be very easy for you to get distracted while driving.

Of course, if your kid really does want to go on a ride, then you may want to consider investing in a full set of riding gear—not just a helmet. This means sourcing kid-specific riding jackets, gloves, pants, and boots. This can be very challenging, but it certainly isn’t impossible given how pretty much anything and everything is available online these days. Apart from that, make sure to practice not just your kid, but yourself, too, in handling your motorcycle with your child on board as passenger. Coach them about the dos and don’ts of being a passenger, as well as how to communicate with you while the bike is in motion, unless you both have intercom units on your helmets.

Conversely, if your the parent of an infant or toddler who’s clearly way too young and small to safely ride a motorcycle, don’t even think about taking your kid out for a ride. Doing so will incur you some hefty penalties. Even worse, this could result in an accident that could put your life, as well as the life of your family and those around you in grave danger.