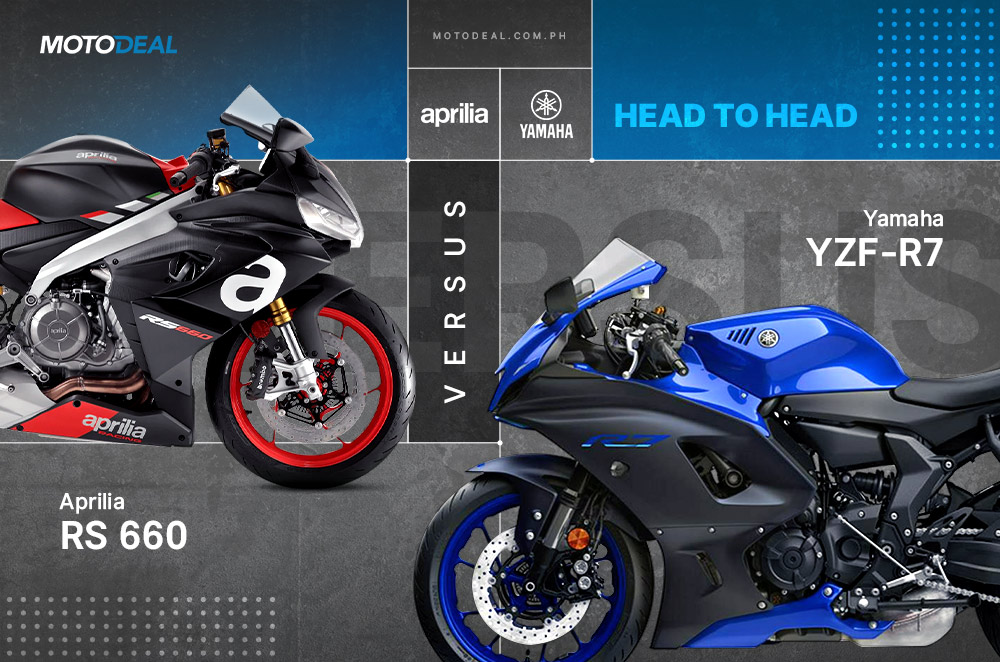 The parallel-twin-powered sportbike segment is bustling with choices these days thanks to a couple of new entries from some well known manufacturers. While bikes like the Kawasaki Ninja 650 and Honda CBR500R continue to be popular, it’s safe to say that other bikes have surpassed their capabilities, both from a performance and utility standpoint. Today, let’s take a closer look at two new parallel-twin sportbikes that have entered the local market.

At first glance, you may think that the Yamaha YZF-R7 and the Aprilia RS 660 aren’t in the same league—and you’d be right. With its superior electronics package the Aprilia is definitely a sharper machine. However, when you look deeper into the value these two machines bring to the table, it’s safe to say they compete rather closely with each other, from a peso-to-performance ratio. Let's get started with performance. The Yamaha YZF-R7 is powered by a well-known engine: a 689cc parallel-twin with a crossplane crankshaft. The complete bike is built on the same basis as the Yamaha MT-07 and employs the same CP2 engine. Its highest power output is rated at 73 horsepower, which is somewhat less than that of the Aprilia, but more than enough to provide an entertaining ride on both the street and the track.

The Aprilia RS 660, on the other hand, is powered by a 659cc parallel twin engine with a 270-degree crankshaft that produces 100 horsepower. Because of a greater compression ratio and a higher rpm maximum, Aprilia has been able to produce more power with a smaller engine. This implies that the RS 660 has a more powerful top end than the YZF-R7, yet with a somewhat weaker bottom to mid range. In terms of overall configuration, the RS 660 is better suited as a track machine, whilst the R7 is more of a do-it-all sportbike.

Is BMW looking to enter the entry-level sportbike segment with the G 310 RR? On the feature front, the Aprilia RS 660 leaves the Yamaha YZF-R7 in the dust. Equipped with IMU-activated cornering ABS, cornering traction control, and multiple ride modes accessible via the flick of a switch and the bike’s intuitive TFT display, the RS 660 is a premium middleweight superbike. Furthermore, this performance-oriented motorcycle includes a quick-shifter as standard equipment, allowing you to change gears without using the clutch.

Meanwhile, Yamaha’s new middleweight supersport doesn’t get any fancy electronics whatsoever. Instead, it presents itself as a pure, unadulterated sportbike that promises an engaging ride. It features ABS as standard and adjustable suspension, allowing you to fine tune its handling characteristics according to your preferences. If it’s worth anything, the R7 inherits the R6’s supersport styling and sleek LED DRLs. 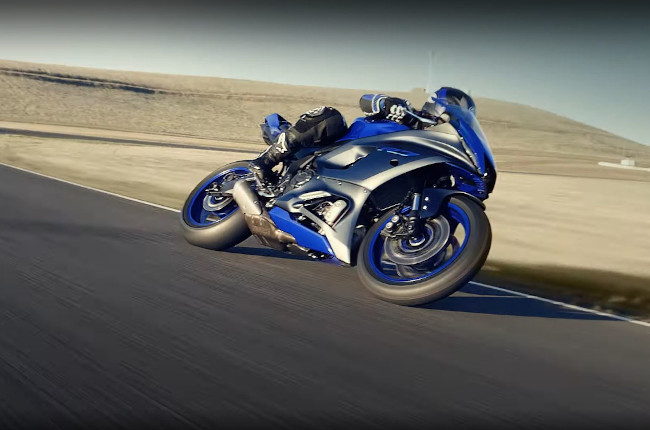 At this point, you’re probably thinking that the Aprilia RS 660 is the common sensical choice in this battle. However, the playing field is leveled when it comes to pricing. At P860,000, the Aprilia RS 660 sits at the upper echelons of pricing, and is in fact the most expensive parallel-twin powered sportbike. That being said, you get what you pay for with all the aforementioned performance and features.

The Yamaha YZF-R7, therefore, makes a lot of sense for the casual track rider that also wants a sportbike they can use on a daily basis. At P569,000, it isn’t exactly a budget-friendly motorcycle, but it’s definitely one that’s within the reach of a wider audience. Plus, its ease of maintenance, tried and tested engine, as well as a wide selection of aftermarket options simply make it the perfect blank canvas for most supersport aficionados.