Few motorcycles are as eye-catching as Harley-Davidson’s cruisers. All these bikes exude rugged, retro styling, which is very attune to the Harley-Davidson brand, as well as the riders who gravitate towards its unique, timeless styling. Among all the bikes in the H-D stable, few if not none are as unique as the Fat Boy.

Known for and named after its incredibly wide rear tire and low-slung, laid-back stance, this bike is the embodiment of the American icon, and a popular choice among Harley aficionados, particularly in the local setting. So, what exactly makes this bike special, and why should you consider this bike if you’re in the market for a premium, range-topping cruiser? Read on to find out. In the styling department, the Harley-Davidson Fat Boy is unmistakable from its silhouette alone. Characterized by its wide rear tire, and low-slung, laid-back stance, the Fat Boy gives off a very custom and one-off feel, despite the fact that it’s a production model. Harley-Davidson’s designers departed slightly from the brand's classic, muscular styling, in favor of a sleeker, more streamlined approach. The finished product, however, is an impressive modern-day evocation of the good old-fashioned power cruiser. 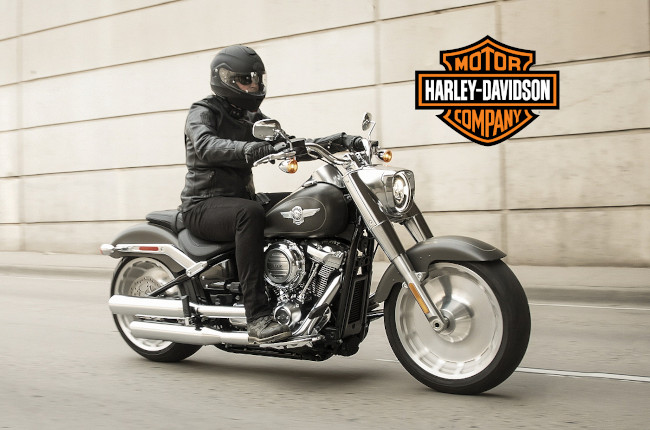 The Harley-Davidson Fat Boy carries with it classic H-D styling reimagined for the modern day. Underneath its sleek and aggressive styling, however, is a true blue Milwaukee machine carrying decades of legacy and heritage. Ever since Harley-Davidson entered the global cruiser scene, it had become known for following the saying “bigger is better.” With its gigantic 1,868cc V-twin motor mated to Harley-Davidson’s timeless Softail chassis, this machine makes all the right sounds associated with the American dream. At the heart of the Harley-Davidson Fat Boy resides the legendary and iconic Milwaukee Eight 114 cubic-inch V-twin motor. Translating to an astounding 1,868cc, this motor is bigger than most engines you’d find in compact sedans and hatchbacks. Producing a healthy 155 Nm of torque, the Milwaukee Eight is capable of propelling you to highway speeds at an exhilarating pace, while its brutish and guttural exhaust note conjures up images of old-school American motorcycle racing of the 1950s and 60s. The Harley-Davidson Fat Boy is built around the MoCo’s iconic Softail chassis. Not only does this layout offer unparalleled riding comfort, it also boasts an incredibly sleek and streamlined appearance, thanks to the concealed linkage and rear shock absorber. This creates a seamless bone line from the front of the bike, all the way to the back, which is largely responsible for the bike’s stunning good looks. To make things even better, the Harley-Davidson Fat Boy is surprisingly lightweight and agile, considering how massive this bike actually is. This is because Harely’s engineers tuned the Fat Boy to be capable of sportier, more sportier riding. As is the case with most Harley-Davidsons, the Fat Boy commands quite a premium price tag. Starting at P1,250,000, the Fat Boy is a pretty expensive machine. However, you get a whole lot of bike for your money. As mentioned, the Fat Boy’s unmistakable aesthetic, rich legacy, and impressive performance make it a cruiser that clearly sits above all other bikes in its class, and therefore one worth considering, especially for a discerning rider who wants one of the best cruisers currently available in the market.