The Yamaha Mio lineup adds yet another scooter into the mix, but this is the most stylish of them all. The Mio Fazzio is a 125cc lifestyle scooter poised to go up against the likes of the Vespa S125 in terms of looks, but with Yamaha’s take on reliability, performance, and style. 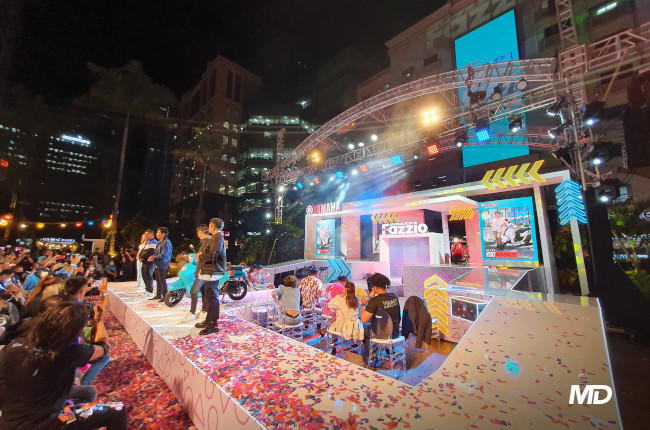 Yamaha launched the Mio Fazzio last weekend at Eastwood, one of the lifestyle centers in the Libis area. Setting the stage for the Mio Fazzio’s launch was a fashion show that showcased models and Yamaha executives dressed as if they were a part of the metaverse. Following a short program, the Mio Fazzio was unveiled to the public, all with a starting price of just P88,900. There is no doubt that the Fazzio’s aimed towards trendsetters and riders with a sense of style. Compared to the Mio 125, the Fazzio features a more classic scooter design, opting for soft curves. There are three colors available for the Fazzio: Ivory  White, Cyan, and Red. 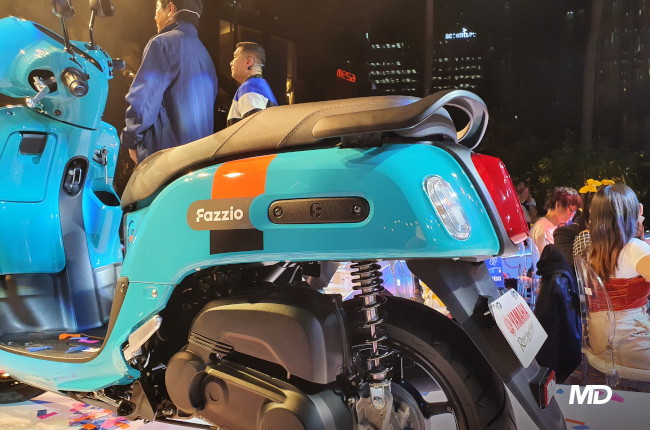 Even if it has a bit of a retro design, the Fazzio has an LED headlight that keeps things modern. The LCD gauge cluster also comes with a speedometer, tachometer, and fuel gauge display with a fuel economy meter. Yamaha has also equipped the Mio Fazzio with the Y-Connect software, allowing riders to track their telemetry and riding data which is communicated wirelessly through Bluetooth to the rider’s smartphone. The frame is similar to that of the Mio 125, and the scooter features a front telescopic fork along with a unit swingarm. The engine mounted in the scooter is an air-cooled fuel-injected single-cylinder 4-stroke single overhead cam two-valve single-cylinder unit that produces 8.2 horsepower with 9.9 Nm of torque. Peak torque figures are made relatively high in the rev range at 5,000 rpm, which indicates that the Fazzio will be very easy to ride. It also features an electric starter and it takes 0.84 liters of oil every change. 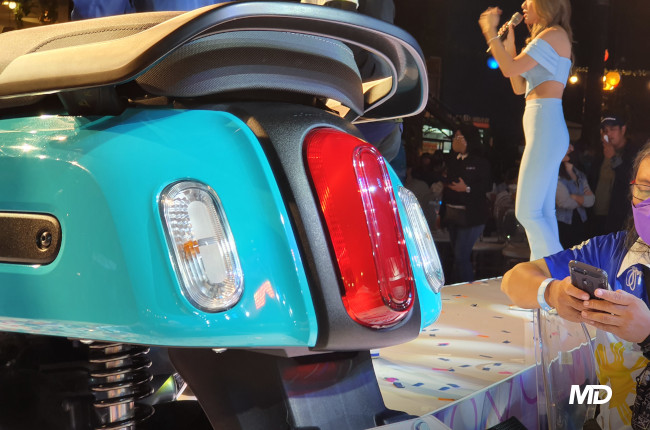 Transmission-wise, we’re looking at ta dry centrifugal shoe for its clutch that’s mated to Yamaha’s V-Belt automatic CVT. Power reaches the ground via the model’s 110/70-12 tubeless front and 110/70-12 tubeless rear tires. There is a hydraulic disc brake in the front with a mechanical leading trailing drum brake at the rear.

Other specifications for the model include a length, width, and height of 1,820mm by 685 mm by 1,125 mm. Seat height is pegged at a very friendly 750 mm and ground clearance is set at 135 mm. Its wheelbase measures 1,280 mm, and the bike only weighs 95 kilograms with its 5.1-liter fuel tank filled to capacity.