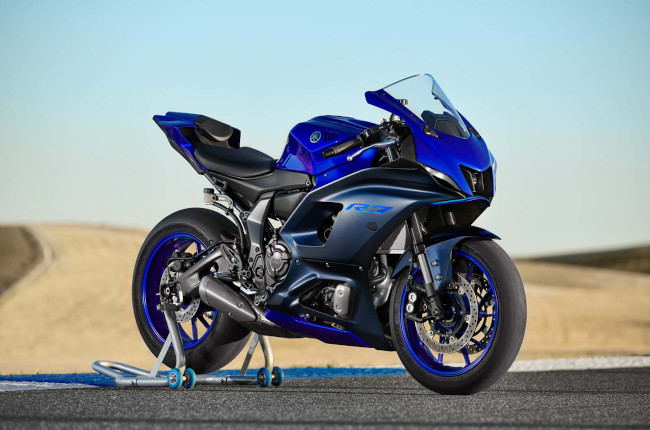 For many sportbike enthusiasts, the ultimate benchmark when it comes to performance-oriented machines comes in the form of Yamaha’s YZF-R range of sportbikes, particularly the YZF-R1. Having said that, the YZF-R1 isn’t the only machine worthy of praise under the YZF-R moniker. In fact, Yamaha has quite a good number of bikes in its sportbike range, all of which offer their own level of performance.

First-time riders can begin their sporty journey aboard Yamaha’s street-focused YZF-R15. After a good number of kilometers on the road and perhaps a few track day sessions, you can step up to the sportier, more performance-oriented YZF-R3. After this, the brand new YZF-R7, which takes the place of the now-defunct YZF-R6, awaits those looking to seriously get into the sportbike lifestyle. Of course, as mentioned earlier, the Yamaha YZF-R1 and the even more performance-focused R1M is the flagship, liter-class supersport from the tuning fork company. Now, despite already having quite the impressive repertoire of motorcycles in its sportbike lineup, it would appear that Yamaha is preparing to launch two new sportbikes under the YZF-R model range. Namely, the R2 and R9 have recently been circulating the internet, with the Japanese manufacturer expected to pull the wraps off both of these machines very soon. As for the official specifications, Yamaha has yet to reveal any details about the two upcoming sportbikes. However, we can more or less visualize what the two bikes will pack in terms of tech and features.

Let’s start with the Yamaha YZF-R2. Possibly to be slotted between the R15 and R3, the R2 will likely be equipped with a more powerful single-cylinder motor, similar to what we find in the KTM RC 200. It’ll likely be marketed as a street-legal, albeit track-focused machine targeted towards the grassroots level of racing. As for the YZF-R9, it’s more than likely that the bike will be equipped with the same engine found on the new and improved MT-09, an 890cc inline three-cylinder motor which packs a decent 117 horsepower.