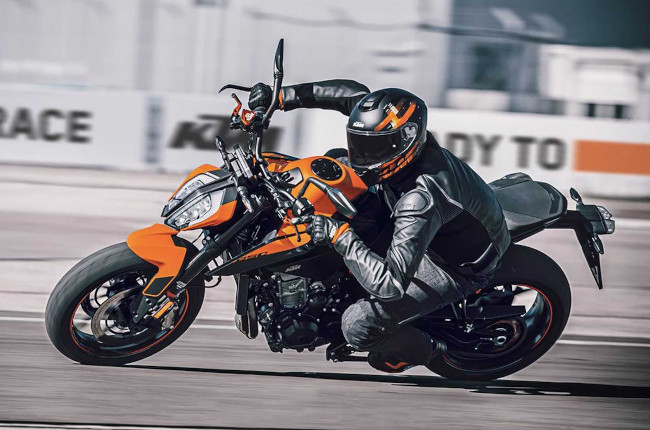 KTM seems to be all hands on deck when it comes to their product development. With new bikes from both KTM and Husqvarna rolling out left and right, we can’t help but wonder just how busy their R&D and product development teams are day in, day out. That said, just one year after debuting the hotshot KTM 890 Duke R in the global market, KTM has unveiled the 890 Duke—a detuned, more friendly version of the middleweight naked bike.

Now this comes as quite the welcome surprise, as KTM already had what appeared to be a complete 890 roster with the 890 Adventure and Adventure R coming into the fold a couple of months ago. However, KTM has included a base model 890 Duke, to make the platform more accessible to a wider range of motorcyclists. Now, the 890 Duke sports the same 889cc parallel-twin engine found on its more premium siblings. That said, it does come in a slightly different state of tune. As opposed to the R variant, the standard 890 Duke pumps out 115 hp, as opposed to the R’s 121 hp.

However, that’s not to say that the standard 890 Duke is not a potent machine. The high tech Chromium-Molybdenum-Steel frame found on the Duke R is also found on the base model 890. Additionally, the bike gets WP Apex suspension consisting of an adjustable 43mm inverted fork, and adjustable rear mono-shock. The standard 890 Duke differentiates itself further by doing away with the Brembo brakes in favor of KTM-branded units which consist of a pair of 300mm discs up front. Overall, the KTM 890 Duke tips the scales at a slightly heavier weight—some 6 lbs heavier than the Duke R—at 372.5 lbs.

Now, would-be buyers of the 890 Duke would be pleased to know that the base model Duke features nearly identical styling to that of the Duke R. It even comes with the same facy full-color TFT display, allowing the rider to toggle between Rain, Street, and Sport riding modes. Now, whether or not the new 890 Duke will make it to Philippine shores is still up in the air. Especially given the fact that the KTM 790 Duke—an extremely potent machine in its own right—is seeing local manufacturing and an extremely enticing price point of just P588,000 to its favor.